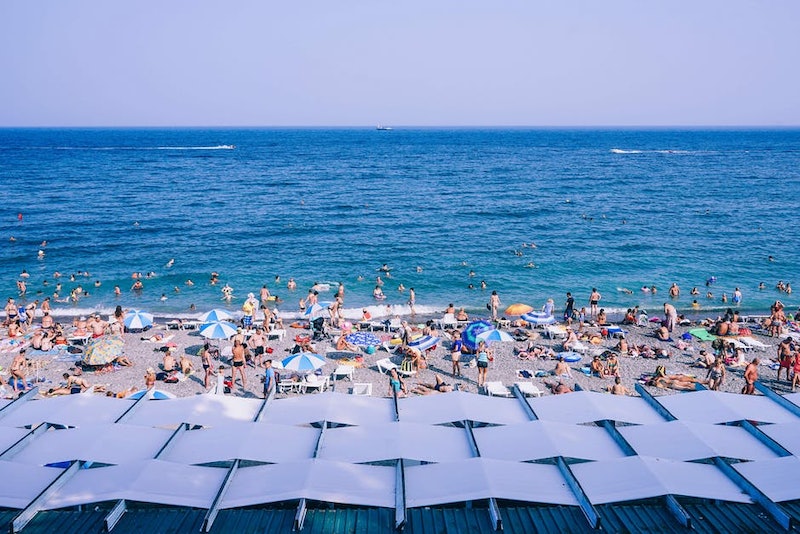 A random "like" from that one follower you didn't think was watching; someone paying you a compliment on that one photo you weren't too sure about; millions of people donating to a good cause to save someone's life. Sometimes the internet can surprise you! While it can seem like a place for online bullies and patriarchal B.S., there are other moments that help us remember why we shouldn't give up on each other. One of those moments was a human chain created by Panama City beachgoers to save a family from drowning.

When Roberta Ursey and her family decided to take a quick beach trip, the events that unfolded were a true testament to human compassion in the face of adversity. The family was enjoying the water out near the M.B. Miller Counter Pier on a yellow flag day, cautioning swimmers about dangerous surf currents. But the rip current was much stronger than Ursey and fellow swimmers. After exiting the water, Ursey heard screaming.

She turned to find nine people, including her mother and family members, struggling against a rip tide in 15 feet of water. Naturally, she reacted against beachgoers cautioning her not to try to save them. She told News Herald, "I honestly thought I was going to lose my family that day. It was like 'Oh my God, this is how I'm going."

In an attempt to rescue her family, Ursey also found herself trapped in the powerful tide. But other beachgoers like Jessica Simmons and her husband wouldn't just stand by or leave to call for help.

Simmons, an Alabama native who also happened to be having dinner by the beach, decided it was time to step in.

“These people are not drowning today,” said Simmons to News Herald about her thoughts in that moment. “It’s not happening. We’re going to get them out.”

Known for acts of heroism, Simmons once walked 11 miles in Alabama after a tornado to assist survivors. It seemed like a miracle that people like her were on the beach that day. While Simmons grabbed a boogie board and swam out to meet the distressed, her husband and other beachgoers started a human chain.

By the time Simmons reached them, there were over 80 people creating a large human chain of over 100 yards in length to help pull the swimmers back to shore. Simmons shared that even if a person couldn't swim, they stayed in the shallow area to help create length.

“It was the most remarkable thing to see," said Simmons to News Herald. "These people who don’t even know each other and they trust each other that much to get them to safety.”

All nine people were rescued that day, with Ursey's nephew sustaining a broken hand, and Ursey along with other family members needing immediate medical attention. Ursey referred to those brave men and women on the beach that pulled them out as "God's angels." Other than the right people being in the right place at the right time, Simmons notes something that embodies the inspiring parts of the human character.

"It’s so cool to see how we have our own lives and we’re constantly at a fast pace, but when somebody needs help, everybody drops everything and helps ... With everything going on in the world, we still have humanity."