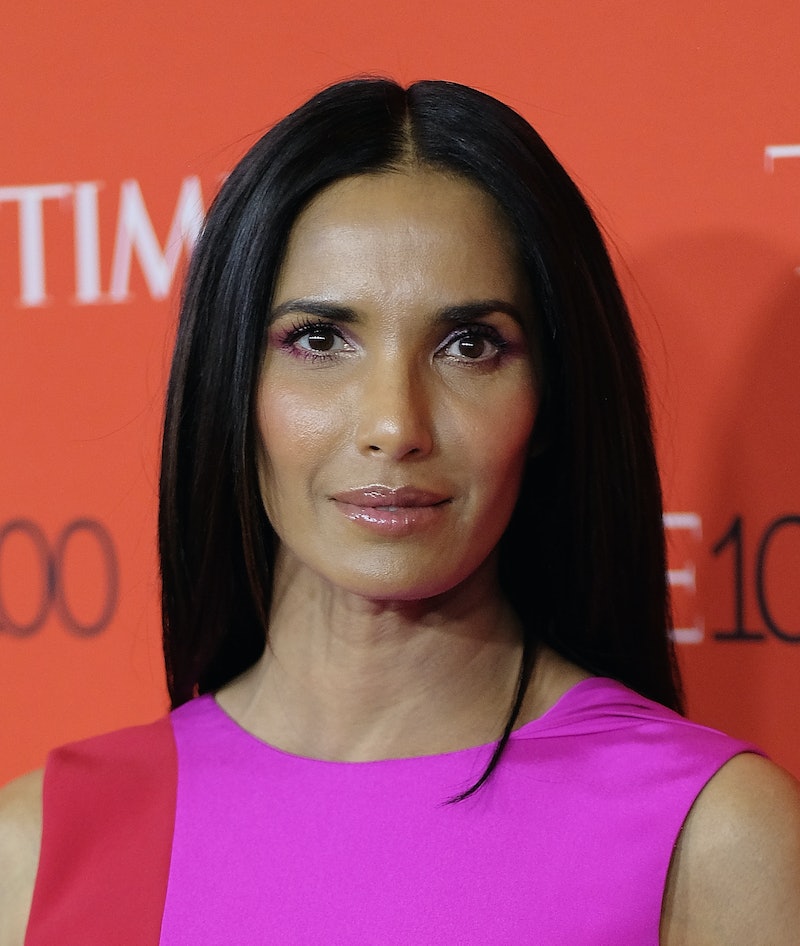 The past year has brought an unprecedented amount of public attention to the pervasive nature of sexual assault. But as the public grapples with two allegations against Supreme Court nominee Brett Kavanaugh (who has denied both accusations), a quote about sexual assault from Padma Lakshmi in an op-ed she had published in The New York Times, may best sum up how sexual violence affects those who survive it.

"Some say a man shouldn’t pay a price for an act he committed as a teenager," wrote Padma Lakshmi, the host and executive producer of Top Chef. "But the woman pays the price for the rest of her life, and so do the people who love her."

In recounting her own rape, Lakshmi points to a very real truth about sexual assault's impact on its survivors — it lasts. Trauma does not come with a script, but people who survive sexual assault, sexual abuse, and rape are prone to a slew of potentially life-long emotional, psychological, and physical effects. Per the Rape, Abuse & Incest National Network (RAINN), survivors may experience a slew of trauma-related aftershocks, including depression, PTSD, flashbacks, self-harm, disassociation, and sleep disorders.

And these don't necessarily include the emotional hoop-jumping that can take place when survivors field reactions from friends, family, clergy, or sexual partners. In coming forward with their experiences, according to research done by Courtney Ahrens and published in the American Journal of Community Psychology, survivors may risk ostracism from their communities, as well as stigma from friends and associates who may not believe them, or else just not want to deal with what they have to say.

There's another cyclical conversation that arises virtually any time a survivor of sexual assault reveals their experiences years after the fact, but it's a point that must be repeated so long as the conversation continues to take place: the vast majority of sexual assault and rape survivors do not report their assaults to authorities. The National Crime Victimization Survey, as analyzed by FiveThirtyEight, indicates that in 2017 alone, 77 percent of sexual assaults and rapes were never reported to the police.

It is true that an accusation cannot legally be equated with guilt, but the data indicates that what Lakshmi said was true: perpetrators of sexual violence are statistically unlikely to face consequences for their actions. In turn, their victims may be left with a lifetime of residual impacts.

Two women have accused Kavanaugh of sexual assault. One woman, Christine Blasey Ford, alleges that he assaulted her at a party while they were teenagers. ("This is a completely false allegation. I have never done anything like what the accuser describes — to her or to anyone," Kavanaugh said in a statement.)

The second woman, Deborah Ramirez, claims Kavanaugh put his penis in her face in front of other people, after participating in a group drinking game while the pair were students at Yale University. ("This alleged event from 35 years ago did not happen," Kavanaugh said in a statement. "The people who knew me then know that this did not happen, and have said so. This is a smear, plain and simple.")

In light of these allegations, the Republican Party leadership has argued that an FBI investigation is not necessary, and that Kavanaugh's confirmation votes should continue as usual. These arguments ignore a behemoth of empirical data that suggests that, whether or not it is politically convenient, sexual assault reports are, if nothing else, statistically worth paying attention to.