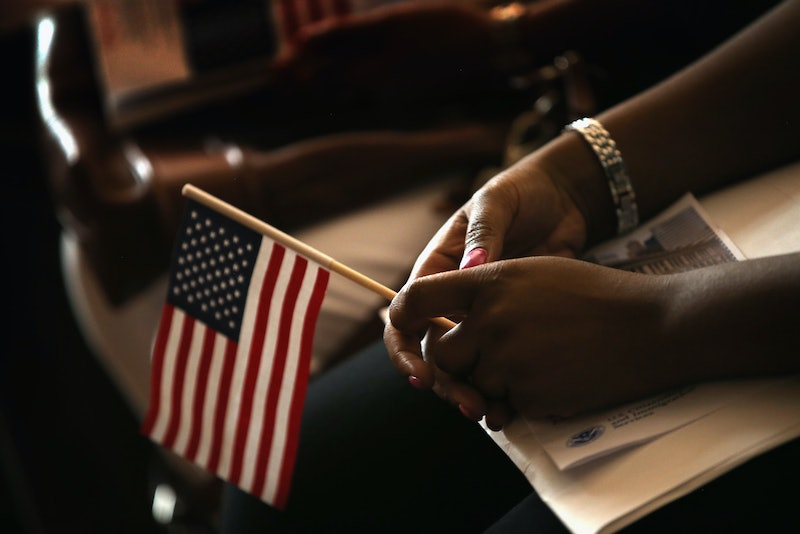 Data from U.S. Citizenship and Immigration Services (USCIS) has some senators worried that the United States is enabling forced child marriages despite policy efforts to prevent the practice abroad. A new report from the Senate Committee on Homeland Security and Governmental Affairs has argued that loopholes in federal immigration laws may actually be encouraging child marriages in other countries by giving members of such unions access to U.S. visas. According to the report, USCIS approved thousands of spouse or fiancé visa petitions involving minors and adults from 2007 to 2017, including at least two petitions where the involved minor was as young as 13 years old.

"U.S. law and U.S. Department of State policy aim to prevent and reduce the risks of child marriages occurring around the world, yet major loopholes in U.S. law have allowed thousands of minors to be subjected to child marriages," the Senate Committee on Homeland Security and Governmental Affairs wrote in its report on how the U.S. immigration system encourages child marriages.

According to data the committee obtained from USCIS, the agency approved more than 3.5 million petitions for spousal or fiancé entry into the United States over 10 years. Of those approved petitions, 8,686 involved a minor, with the majority of them being petitions in which an adult U.S. citizen sought to bring a minor spouse or fiancé into the country. The other petitions involved U.S. minor citizens seeking to bring over adult spouses or fiancés.

Child marriage may be more common in the United States than you might imagine.

Such petitions aren't illegal, as the Senate committee points out. Under the Immigration and Nationality Act, both children and adults who are U.S. citizens are able to legally petition the government for visas for a spouse or fiancé currently living abroad, as the Act does not establish a minimum age requirement. What's more, USCIS evaluates spouse and fiancé petitions by first considering the legality of the marriage in the home country and then determining if the marriage would be legal in the state where the individual sponsoring the petition lives.

But few states have laws barring child marriage. In fact, it wasn't until 2018 that Delaware and New Jersey became the first states to completely ban marriages involving anyone under the age of 18. In all other states, minors are allowed to marry, though a majority of states require either parental consent and/or judicial approval.

In fact, child marriage may be more common in the United States than you might imagine. According to The New York Times, public records data gathered and analyzed by the Tahirih Justice Center, a nonprofit dedicated to supporting women and girls who are fleeing violence, found that more than 200,000 minors were married in 41 states between 2000 and 2015.

These statistics are especially chilling when you consider that studies have shown that child marriages can be dangerous to the young girls involved in them. According to a 2012 study from William & Mary Law School, individuals who married at young ages are more likely to discontinue their formal education, earn low wages, and live in poverty. The study also found that women in early or child marriages "develop more mental health problems and experience worse physical health than those who marry later." What's more, the World Policy Center has said that women married under the age of 18 are three times as likely to experience domestic abuse than those married at age 21 or older.

While USCIS approval is integral to the visa petition process, it's actually the State Department that has the final say on issuing a visa. After publication, a State Department spokesperson told Bustle it is committed to protecting the rights of children and combatting forced marriage, and that it works closely with other agencies to process immigrant visa applications in accordance with U.S. law.

On its website, USCIS notes that "the U.S. government is opposed to forced marriage and considers it to be a serious human rights abuse" and also a form of child abuse when a minor is involved. The agency encourages any U.S. citizen being forced to sponsor their spouse or fiancé to withdraw their petition but warns that doing so may trigger "automatic notifications" to be mailed to whatever address is on file, an action that could potentially endanger the petitioner.

Although no legislation appears to have been introduced at this time, the Senate Committee on Homeland Security and Governmental Affairs has urged Congress to reform the Immigration and Nationality Act. "If we are truly serious about upholding stated U.S. policy to prevent child marriages and protect children from potential abuse and harm, Congress must reform the INA to prevent individuals from obtaining immigration benefits that facilitate child marriages," they stated.