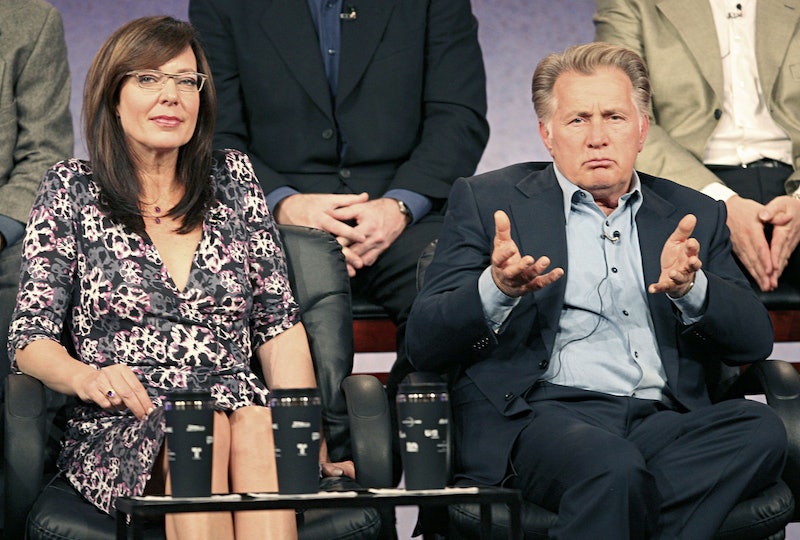 The Supreme Court has had an empty seat for over a year, and the Senate has been deadlocked on filling it for just as long. But on Monday, New Mexico Sen. Tom Udall proposed a novel solution: Confirm a conservative appointee and a liberal appointee to the court at the same time, thus pleasing both Democrats and Republicans. If that sounds like something out of a TV show, that's because it is. It happened in the fifth season of The West Wing, and so the question now becomes: Can an episode of The West Wing solve the SCOTUS standoff?

When Antonin Scalia died in February 2016, Senate Republicans declared that they wouldn't hold any hearings on anybody President Obama appointed to fill the seat. Many Republicans claimed that the Senate doesn't confirm SCOTUS appointees during election years. And while that's a demonstrably untrue claim, Senate Republicans did refuse to hold any hearings on President Obama's nominee, Merrick Garland, to fill the seat for the last 11 months of Obama's presidency.

Needless to say, Senate Democrats aren't excited about the idea of confirming President Trump's SCOTUS appointee, Neil Gorsuch — or anyone appointed by Trump. Many view this as a "stolen seat" on the court; they believe that confirming Gorsuch would legitimize the GOP's obstructionist tactics and encourage Senate Republicans to block hearings on any appointees to the court from Democratic presidents from this point forward.

It's a bit complex, but here's how it would work. First, Trump would meet privately with the existing Supreme Court justices and determine which one is most eager to retire. That justice would then agree to retire at a time of their choosing — but they'd make their retirement contingent upon Trump re-nominating Garland to fill the seat. In other words, they would announce their intention to retire, but would only pull the trigger once Trump re-nominated Obama's choice to fill Scalia's seat.

After this happened, the Senate would hold hearings on Garland and Gorsuch concurrently. If both were approved, Republicans and Democrats would both get their preferred nominees on the court, without having deprived the other party of their nominee, thus solving the standoff and pleasing everybody — at least in theory.

Incidentally, or maybe not, this was the plot of season five, episode 17 of The West Wing. In that episode, which has proved eerily prophetic so far, a legendary conservative Supreme Court justice suddenly dies, but the Republican-controlled Senate refuses to confirm Democratic President Jed Bartlet's nominee to fill the seat, who they see as being too liberal. But Bartlet's team has an idea: If they can convince an existing justice to retire, and promise that Bartlet will appoint a conservative judge to fill that seat, maybe Senate Republicans will agree to confirm Barlet's liberal nominee. As you might expect, the plan works.

According to CNN, Udall floated this idea to Gorsuch and other Republicans on Monday; reportedly, Gorsuch didn't express support or opposition to the plan.

It seems unlikely that this will happen, primarily because Senate Republicans and Trump, have no incentive to sign on to the plan. If they can get Gorsuch confirmed without confirming Garland, why would they agree to hold hearings on Garland? There's no upside for the GOP here — unless, that is, Democratic Sens. Jeff Merkley and Ron Wyden follow through on their pledge to to filibuster Gorsuch's confirmation, which they have the power to do. If they do, Republicans and Trump could be forced to sign on to Udall's plan, or one like it, in order to get Gorsuch on the court.

It's too soon to predict whether that will happen, though, but as of now, the fate of the court is primarily in the hands of three people: Merkley, Wyden, and Trump.

In one of the more amusing denials in recent memory, Udall's communications director swears that he didn't get his idea from The West Wing, explaining that "while he has maybe seen an episode or two, he doesn't watch the show."