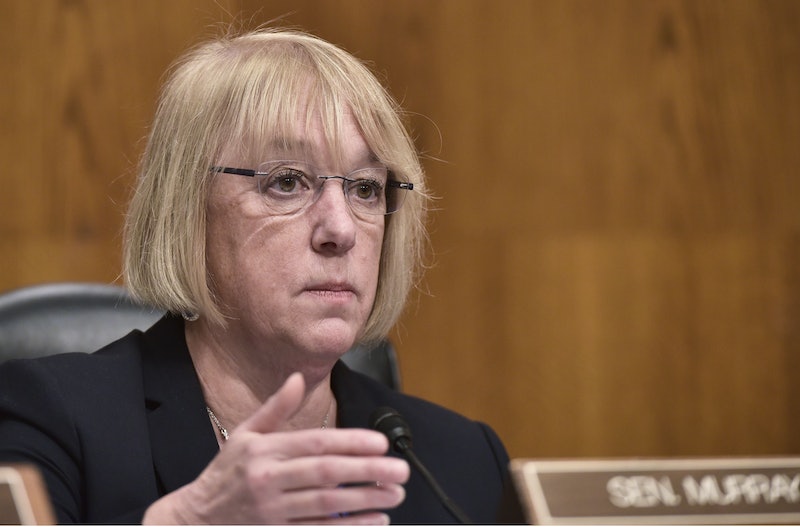 President-elect Donald Trump's pick for secretary of Health and Human Services, Representative Tom Price of Georgia, is undergoing a grilling by the Senate Health, Education, Labor and Pensions Committee, hoping to clear the way to an up-or-down confirmation vote on the Senate floor. But he's running into more than a few problems, whether over his investments in health-care-related stocks, his well-known disdain for the Affordable Care Act, or one typically low-key yet increasingly firm voice on the Democratic side. Senator Patty Murray's tweets about Tom Price, health care for women specifically and all Americans more broadly, represent a broad-based message that drives at some of Price's core weaknesses.

Price has been a member of the House of Representatives since 2005, and if confirmed, he'd play a major role in American health care. The HHS secretary is responsible for playing an advisory role to the president regarding matters of public health policy — obviously an influential position. They're also the chief oversight for the National Institute of Health (NIH), Centers for Disease Control (CDC), and the Food and Drug Administration (FDA).

In short, it's a job that entails a wide sphere of influence, which is precisely why some of Price's views ― he's an anti-abortion hardliner, for example, having authored bills that defined life as beginning at fertilization, and he also opposes federal funding of contraception ― are of notable concern for progressives and feminists. Here are some of the tweets that Senator Murray shot off during Price's turn in the hot seat — giving you a feminist fight you can get behind.

2. We Have Tough Questions

3. A Record Of Putting People First

5. Promises To Protect Medicare And Medicaid

Of all the issues that Price has faced, his staunch opposition to the Affordable Care Act (which, to clear up any confusion, is the exact same thing as Obamacare), and his decision to participate in the GOP's early-morning voting marathon last week which established a blueprint for dismantling the law, might be the most politically dangerous. The burgeoning controversy surrounding his profiting off of medical industry-related investments, while a House representative is also potentially damaging, obviously.

But it simply doesn't carry nearly as pronounced or grave an effect on people as a full Obamacare repeal would, sans a major replacement bill offering equivalent coverage.

Voting endlessly to repeal a law that provides insurance to tens of millions may be easy when you have a Democratic president playing backstop, in other words. But with Trump soon to be sworn in, congressional Republicans like Price will likely bear the political costs associated with any loss of coverage, and that's a fact Murray's line of attack ― in addition to her emphasis on women's health ― makes very plain.