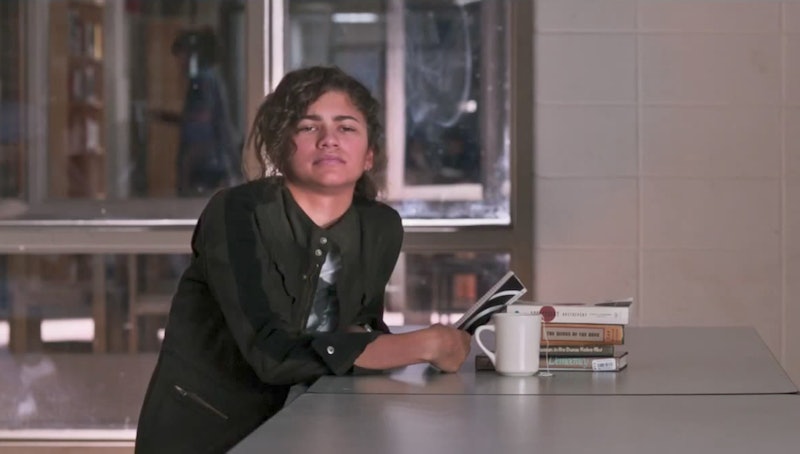 There's plenty to love about Spider-Man: Homecoming, but one of the greatest new additions to the story is the character of Michelle. In Spider-Man: Homecoming, we learn Michelle's nickname, which actually turns out to be a bit of a Easter egg for diehard Spider-Man fans: "MJ." While the nickname is a clearly a bit of fun fan service, the producers behind Homecoming are now talking about their decision to call Michelle, an entirely new character in the Spider-Man cinematic universe, by a name so widely associate with iconic love interest Mary Jane Watson.

In a recent interview with IGN, producers Kevin Feige and Amy Pascal disclosed that just because Michelle is nicknamed "MJ," it doesn't mean she isn't her own person — in case it's not very clear to those who can't tell right off the bat that the sharper, more sarcastic Michelle is nothing like Mary Jane. For Feige especially, this "MJ" reveal was just an opportunity to build in an Easter egg and fans shouldn't make too much out of it.

"She's not Mary Jane Watson. She never was Mary Jane Watson. She was always this new high school character, Michelle, who we know there's an 'M' in Michelle and an 'M' in Mary. So we're so clever and we thought, 'Wouldn't it be neat if her initials were MJ?' And then I think it leaked that she would be playing MJ and then it became a whole headache for Zendaya to have to navigate. It was never a big, 'Oh my God, it's a big reveal!'"

So what does this mean for Michelle going forward?

Well, we can luckily look forward to Michelle continuing to be her own person. She won't become Mary-Jane Watson in any way — although Feige does hint that she and Peter might date in future films — and so she won't have to live up to the expectations that come with the name of Mary-Jane Watson. This is definitely a good thing because when it comes to this new version of Spider-Man claiming its own place in the Marvel universe, the more unique and refreshing the characters are, like Michelle, the better.