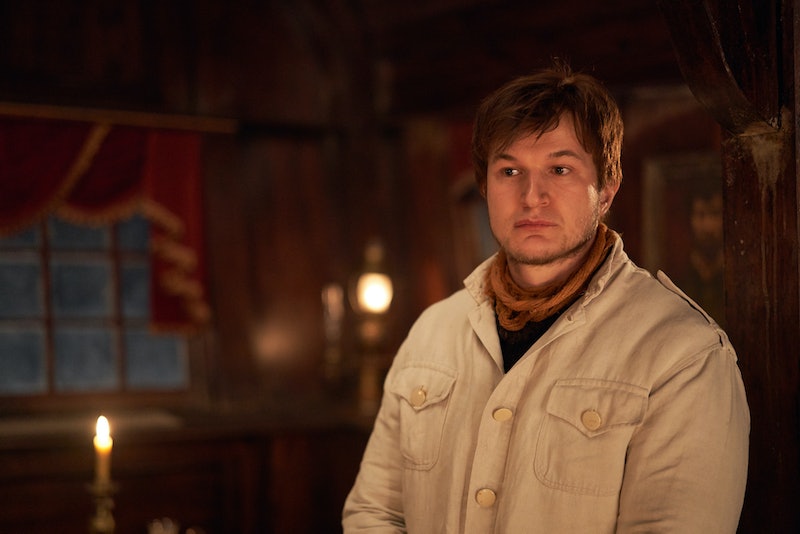 As gripping as BBC’s Dracula is, I can’t be the only one trying to spot familiar faces from the likes of Doctor Who and Sherlock — it’s written by Steven Moffatt and Mark Gattis after all. But I totally wasn’t ready to spot a Stranger Things character in Dracula, especially one so iconic. No, I’m not talking about Millie Bobbie Brown or Finn Wolfhard (as cool as that would’ve been), but Alec Utgoff.

Out of everything that Stranger Things has given the world of TV, Utgoff’s portrayal of the Slurpee-loving Alexei is by far its greatest achievement. Only appearing in four episodes, the Russian scientist was absolutely perfect and went on to become an icon of 2019. While Utgoff’s role as Abramoff in Dracula is marginally smaller than in Stranger Things, he definitely going to become a talking point of the second episode from viewers trying to place where they’ve seen him before — especially without the retro glasses.

And even if you happened not to catch Stranger Things season 3, Utgoff has appeared in some pretty major films, like San Andreas, Jack Ryan: Shadow Recruit, and Mortdecai. Last month, Variety announced that he'll be starring in the leading role for Malgorzata Szumowska's Wonder Zenia. The director is best known for the film Body, which earned her best director at the Berlin Film Festival in 2015.

In Dracula, Abramoff is part of The Demeter’s crew, “a perfectly ordinary vessel” with a “motley collection of remarkable passengers,” a synopsis for the series’ second episode reads. Abramoff is a relatively minor character in Bram Stoker’s original book, but it seems as though he’ll have a decent amount of screentime in this episode — especially being played by an actor like Utgoff.

Hopefully, he’s pitted up against the Count at some point in the second episode, as Dracula is one of the “remarkable passengers” aboard the Demeter. And if the fate of Agatha Van Helsing (Dolly Wells) is revealed before this ship sets sail, hopefully it’s on a positive note so she can lend her expertise to the crew. It seems this character has already become a firm favourite, and it would be amazing to see “the vampire hunting nun” scheme with the rest of the crew to prevent Dracula from reigning terror in the UK.

Dracula episode two airs tonight on BBC One at 9 p.m. and concludes on Friday (Jan. 3).