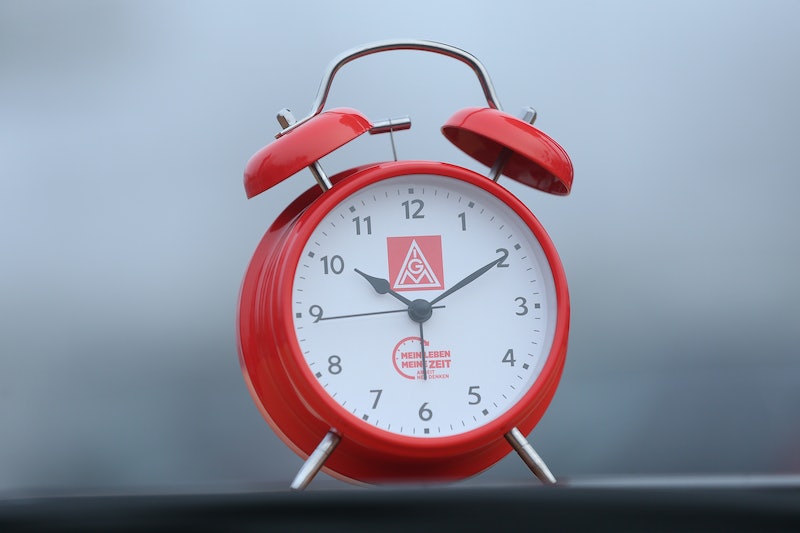 According to ABC, Florida Senators Marco Rubio and Rick Scott, as well as Rep. Vern Buchanan, have reintroduced the Sunshine Protection Act, which would make Daylight Saving Time permanent across the country. Per Fox13, Florida's legislature passed an identical bill last year for the state alone, but the change will not go into action until Congress approves it on a federal level.

At the announcement of the bill on Wednesday, Rubio said, via NBC:

Studies have shown many benefits of a year-round Daylight Saving Time, which is why Florida’s legislature overwhelmingly voted to make it permanent last year. Reflecting the will of the State of Florida, I’m proud to reintroduce this bill to also make Daylight Saving Time permanent nationally.

Scott made a similar statement of approval, pointing out that he'd endorsed the bill as governor, and endorsed it now as a United States senator.

Scott said (via NBC) at the reintroduction of the bill:

I was glad to sign legislation as Governor to continue Daylight Saving Time year-round for Floridians, and now join Senator Rubio to lead this effort in Congress. The Sunshine Protection Act will allow Floridians and visitors to enjoy our beautiful state even later in the day, and will benefit Florida’s tourism industry, which just celebrated another record year.

Daylight Saving Time is set to begin on Sunday, March 10, and would continue through to Nov. 3, per People. According to USA Today, the American tradition became a federal law in 1966, and 26 states approve of the idea.

But since then, disapproval of the tradition has been growing — and this is largely for health-related reasons.

Per Vox, some of the reasons to stop moving the clock back and forth each year include: an extra hour of evening light in the winter; the psychological benefits of having access to light after an average work day (versus having extra light in the morning); and even the likelihood that traffic-related deaths will decrease without the time change.

In a memo available on his website, Rubio pointed out how making daylight saving time permanent could actually benefit people's health. In addition to the benefits listed above by Vox, his list includes: a reduced risk for cardiac issues, strokes, or seasonal depression; an increase in economic activity; the reduction of childhood obesity; and the reduction of energy usage. Each of the benefits listed in the bill is backed up by a study. You can read the information on those studies in this background page.

A group statement by the three lawmakers on Wednesday simplified the goal of the Sunshine Protection Act into its core mission. The statement reads (via People): "The bill would simply negate the need for Americans to change their clocks twice a year. Many studies have shown that making DST permanent could benefit the economy and the country."

The bill will be voted on in the House and Senate; the date for that vote has not been disclosed.