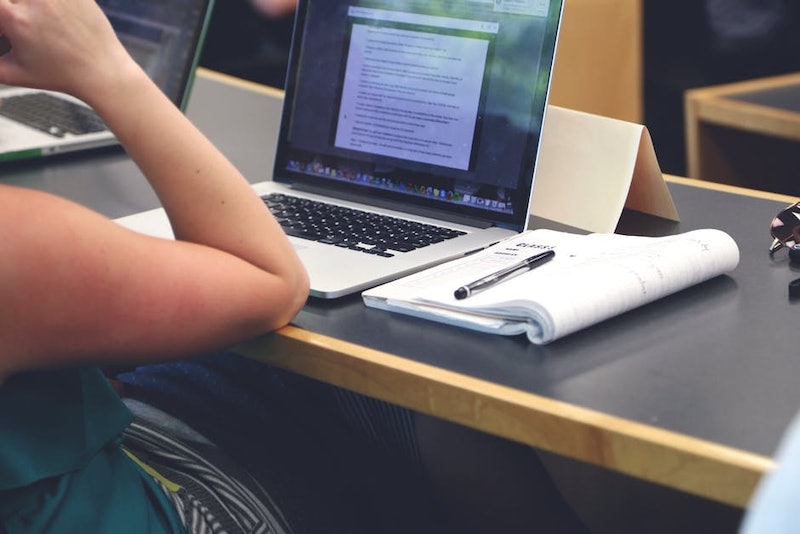 During a discussion on body image and advertising in her high school health class, 16-year-old Anna Sweetland’s classmate said he didn’t think plus-sized models should be used by advertisers. In addition to suggesting they “encourage obesity,” her classmate called plus-sized models “disgusting” and further criticized the body positive movement. His comments in full read as follows:

“In a part of article 5, it talks about how Target is starting a body positive campaign, and are also using ‘plus-size’ models, which is disgusting. There’s no problem with not being ashamed of your body, but it’s an entirely different thing when you’re obese. The problem with campaigns like these is that they encourage obesity, unhealthy habits, and they say that you’ll be happy no matter your size. This is wrong, and no one wants to look at an obese model.”

Lest you think the future is not in thoughtful hands, let Sweetland’s words provide some reassurance. In a response that has since been shared on Twitter, Sweetland addressed each of her classmates concerns and misconceptions regarding body positivity as a whole.

“I would like to start by saying that calling anyone’s body ‘disgusting’ isn’t really called for, and you should be careful with your choice in adjectives,” Sweetland began. “I would to like to inform you that your statement saying ‘Nobody wants to look at an obese model’ is false," she continued. “You know who wants to see a plus size model? The 67% of women in America who are plus sized and want to open a magazine and see somebody that looks just as beautiful as they do.” Cue a chorus of praise hands emojis.

Multiple factors contribute to a person’s body type, as Sweetland mentioned in her above response. Looking specifically obesity, since it was mentioned in both Sweetland and her classmate’s comments, contributing factors can include everything from genetics to family lifestyle to other medical conditions, according to the Mayo Clinic’s website. As Sweetland stated, “Not all plus size model are obese or unhealthy. It is possible to simply be larger just from genetics.”

It’s equally important to note that conversations about body positivity shouldn’t solely revolve around “fitness norms.” Yes, you can be fat and fit. However, that shouldn’t be the only context in which fat bodies are deemed acceptable. This way of thinking becomes problematic as it can become exclusionary, which is essentially the antithesis to what body positivity is.

Also, an individual’s personal health is almost always no one else’s business and shouldn’t be used as an excuse to reinforce negative ideas about “ideal” bodies. Blood sugar and cholesterol levels rarely, if ever, come into question when deciding whether a thin body is attractive or acceptable. Why should they be used as metrics when we’re talking about any other body?

“It's saddening to know that so many people are uncomfortable in their own skin because the ‘ideal body’ that [has] been displayed isn't the body that they have," Sweetland told Teen Vogue. She also said the response to her comment, which has since gone viral, is encouraging in terms of where we’re headed as a culture. “I want everyone to understand that this equal representation of different body types in the media will better our society,” Sweetland said. “In fact, I'd say it already has.”

If Sweetland’s response and the subsequent support for that response are any indication, we’re slowly but surely working towards a future where “body positivity” isn’t so much a new idea but the norm.

More like this
10 Stylish Plus-Size Boots That Will Fit Wide Feet & Calves
By Dominique Norman
Wimbledon Alters All-White Kit Rule Amid Candid Period Discussions
By Catharina Cheung and Rachel Mantock
Walmart's Pre-Black Friday Sale Is On — And Here Are All The Cool Things Worth Buying
By Kate Marin
Bustle Daily Newsletter: November 21, 2022
By Hayley Schueneman
Get Even More From Bustle — Sign Up For The Newsletter