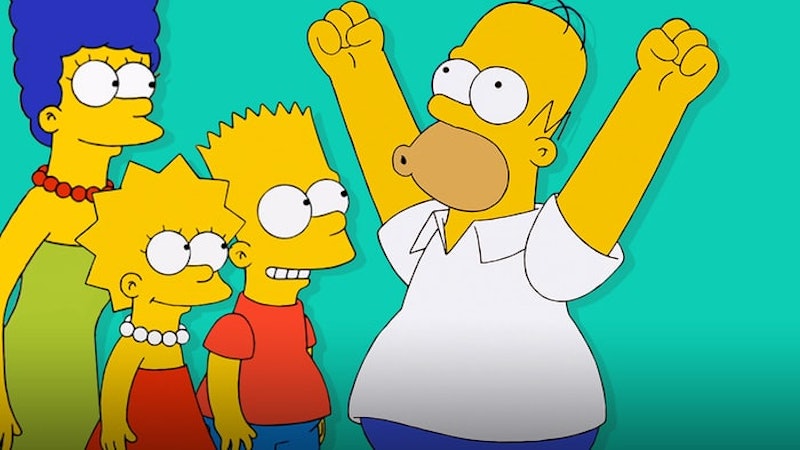 The Super Bowl is an occasion for sports fans to place bets on who will win, and by how much. And in America, not even the president is safe from being asked his prediction of the big game. In an interview with Fox News' Bill O'Reilly Sunday afternoon, President Donald Trump said that the New England Patriots would win by eight points. While an eight-point win may not seem like a common outcome, an episode of The Simpsons predicted a Patriots v. Falcons game where the Patriots win by eight points.

Editor's Note: ...Or so a convincing image circulating on the internet would have you believe. Upon further investigation, it turns out that the meme of a Simpsons' still predicting an eight-point Patriots win is actually photoshopped from a Season 28 episode called "The Town" during which a Boston football team plays against Springfield.

Earlier: Interestingly, The Simpsons has quite a history of correctly predicting things — the show also predicted that Trump would become president. The fact that the show said that the Falcons would face the Patriots is something that wasn't terribly likely to happen anyway, as Atlanta has only made it to one other Super Bowl. The Patriots, meanwhile, are tied with the Pittsburgh Steelers for the most Super Bowl games played. So, the fact that these two teams ended up at the Super Bowl is already impressive.

During his interview with O'Reilly, Trump seemed hesitant to declare a winner in the big game, saying that he hated to do that, but in the end told him that the Patriots would win by eight points.

Trump's prediction isn't entirely surprising, considering he's mentioned many times that he's friends with Patriots quarterback Tom Brady, and likes coach Bill Belichick and owner Bob Kraft. He even told O'Reilly, "You know you have to stick up for your friends, right?"

And regardless of Trump's opinion of them and his disclaimer that he didn't know the odds, the Patriots are three-point favorites to win, so Trump is certainly not the only one predicting a favorable outcome for the New England Team. As he pointed out in his interview with O'Reilly, the Patriots have been to the Super Bowl before, which could help alleviate the nerves that come with playing such a critical game.

The Simpsons' shot of the Super Bowl ending features a celebratory Patriots team behind coach Belichick, who is wearing his signature hoodie and scowling. So it does manage to capture what could happen if the Patriots become the champions.

We'll see whether that works to their advantage or fuels the Falcons to come even harder to clinch their first ever Super Bowl victory.