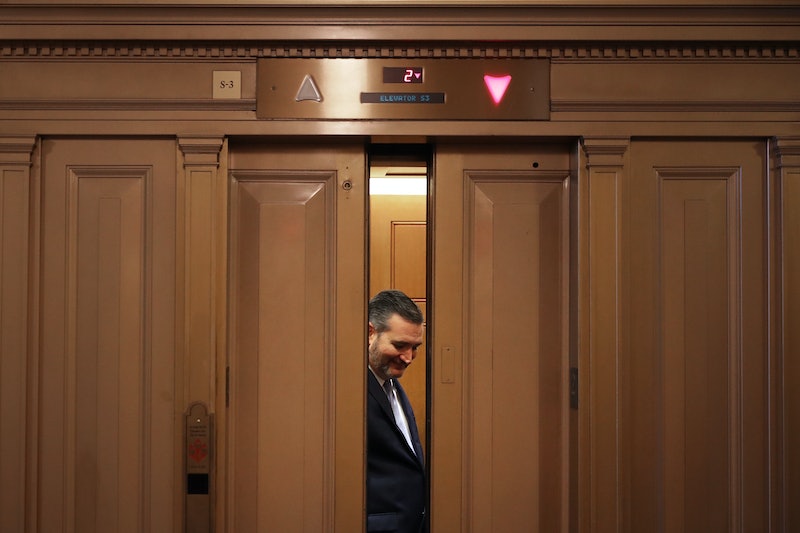 As 2018 came to a close, Washington D.C. was rocked by an unprecedented development that few saw coming, and nobody was prepared for: Texas Sen. Ted Cruz's beard, which was first spotted after Thanksgiving and proceeded to baffle, infuriate, and delight the internet for a solid few weeks. With its sharp corners and speckled bits of grey, Cruz's facial hair has proved to be one of the most unexpected fashion developments to hit Washington D.C. in years.

Although beards are uncommon among federal lawmakers, they're not unprecedented. The late Rep. Steve LaTourette had a beard while serving in Congress, as did former Rep. David Obey and former Sen. Tom Coburn. Former Speaker of the House Paul Ryan had a beard at various points in his tenure, and even a few current lawmakers, such as Reps. Don Young and Al Green, regularly sport full beards on Capitol Hill.

Nevertheless, by the standards of political facial hair, Cruz's beard stirred up an unusually high level of interest and controversy. Maybe it's because Cruz's face itself is already a topic of academic interest, or perhaps it's simply that he is one of the last male politicians anybody expected to grow a beard. Regardless of the reason, Cruz's facial hair took America on a veritable roller-coaster ride, and public opinion regarding his beard's quality swung back and forth several times. Let's recap.