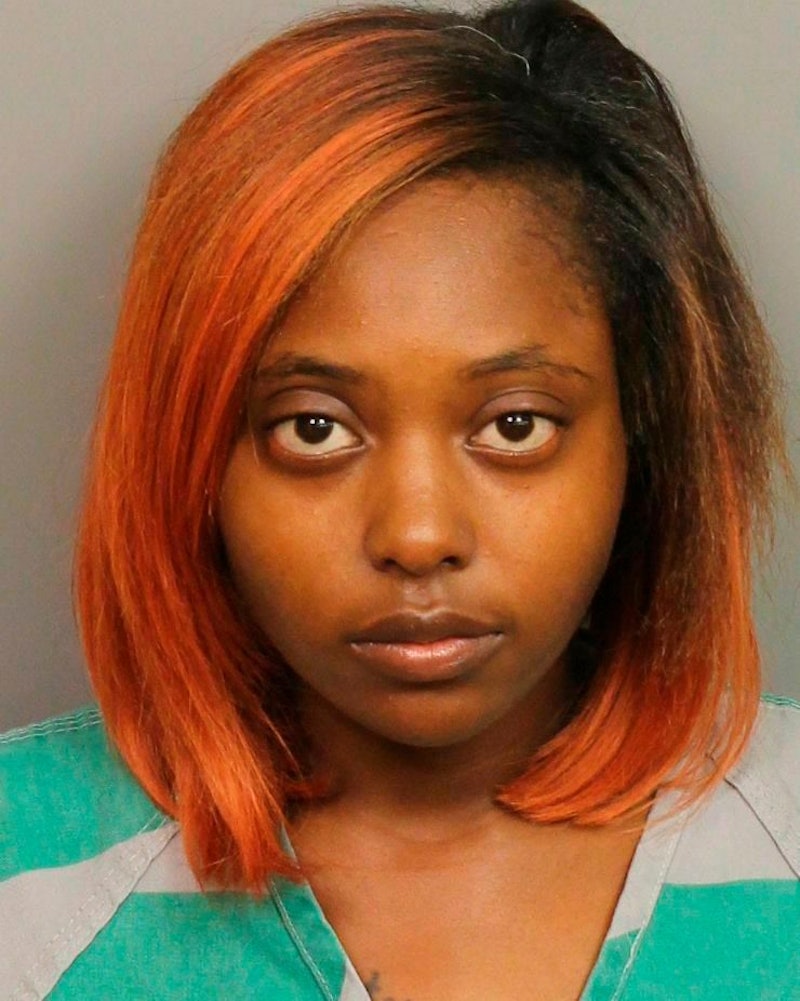 Last month, an Alabama woman was indicted on a homicide charge after she lost her pregnancy during a December fight. Now, an update in Marshae Jones' case shows that her lawyers are asking for the manslaughter charges against her to be dropped, arguing that there is no legitimate legal basis for them. Jones' pregnancy ended after she was shot in the stomach by another woman, according to reports.

"Using a flawed and twisted rationale, the State of Alabama has charged a new theory of criminal liability that does not lawfully exist," Jones' lawyers wrote in the motion, which was filed Monday, per BuzzFeed News. "The State's theory ignores the law and ignores reason."

Speaking with AL.com after the shooting, one local law enforcement official contended that Jones was not the victim in the shooting. He argued that Jones started and continued the altercation, resulting in the end of her pregnancy.

“The investigation showed that the only true victim in this was the unborn baby,’’ Pleasant Grove Police Lt. Danny Reid said, per the news outlet. “It was the mother of the child who initiated and continued the fight which resulted in the death of her own unborn baby.”

Jones was five months pregnant at the time of the fight, which CNN reports took place on Dec. 4.

CNN also reports that the woman Jones fought with was initially charged with both murder and attempted murder. However, those charges were dropped.

In an analysis examining support for Jones' indictment, The New York Times points to Alabama's abortion laws, and especially the so-called "personhood" movement. Supporters of the movement argue that an unborn fetus should have at least the same rights as the people who are pregnant with them, per The Times.

The district attorney's office has not yet decided whether it will pursue the manslaughter charge against Jones, according to a separate report from AL.com.

“While the grand jury has had its say, our office is in the process of evaluating this case and has not yet made a determination about whether to prosecute it as a manslaughter case, reduce it to a lesser charge or not to prosecute it,’’ Chief Assistant District Attorney Valerie Hicks Powe said in a statement last Thursday. “We will take a thorough look at all the facts provided, the applicable laws, and reach a decision that we believe will lead to an outcome that is the most just for all the parties involved. We will announce our decision only after all due diligence has been performed.”

The situation has garnered massive amount of public attention. A Change.org petition asking for the manslaughter charge against Jones to be dropped had reached nearly 50,000 signatures by Monday afternoon.

It was not immediately clear when the district attorney's office would announce its decision about prosecuting Jones. “I’m gonna respect the decision of the grand jury," Jefferson County Bessemer Cutoff DA Lynniece Washington said over the weekend, per AL.com. "But understand, as district attorney, I have the discretion and power to do what I please."