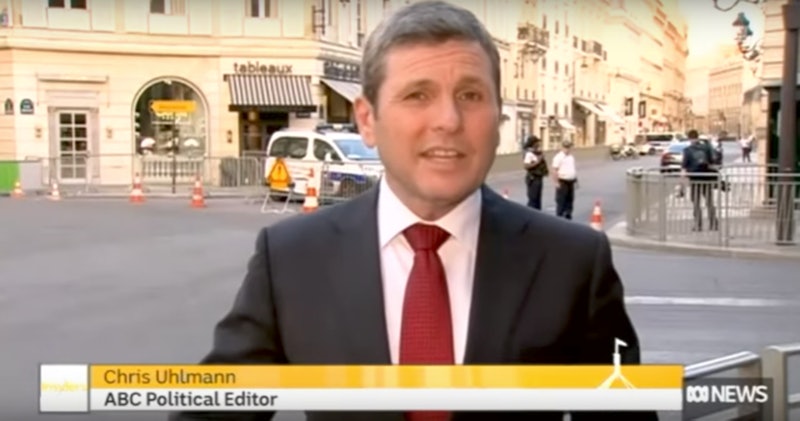 Journalistic opinion on Donald Trump oscillates — depending on the individual issuing their thoughts, it can range from glorifying praise to downright scathing critiques. In what appears to be a takedown from the latter category of criticism, an Australian journalist's video trashing Trump went viral on Twitter on Saturday evening.

Chris Uhlmann, political editor at the government-financed Australian Broadcasting Corporation, offered a strong-worded wrap-up on the G-20 summit, with a sharp focus on America's president. The video — comprising of only two minutes and a few seconds — was shared by NBC's senior news editor, Bradd Jaffy, on Twitter.

In the video, Uhlmann began his note by describing Trump as having a "particular skill set" which, according to the Australian political editor, was to zero in on an "illness in Western democracies." Instead of suggesting a cure for it, however, he claimed Trump was "exploiting" the perceived weakness and that "he has no desire and no capacity to lead the world."

Uhlmann went on to describe the G-20 summit as "G-19," claiming United States' stance on the Paris climate accord left it, according to him, "isolated and friendless." And while referring to North Korea's missile tests, Uhlmann thought that a "deft president" would have used the issue to bring other nations to common ground. However, he doesn't think the United States made a a solid enough statement about the potentially global threat.

This lack of a robust statement, according to Uhlmann, could be exploited as a power vacuum by the "authoritarian" states of Russia and China.

Mincing no words, Uhlmann went on to describe Trump as an "uneasy, lonely, [and] awkward figure" at the G-20 as the video itself held nothing back while showing a wandering Trump at the summit. He further criticized Trump and said that he is a "man who craves power because it burnishes his celebrity" and that, to Trump, "to be constantly talking and talked about is all that really matters."

Perhaps the most searing criticism was not about Trump's stance on the Paris climate accord or his lack of definitive statement on North Korean missile tests, but rather about Trump's abundant use of social media and Twitter specifically. Without hesitation, Uhlmann said that the "unscripted Trump" is the "real" Trump. With the video featuring some of Trump's most controversial tweets, Uhlmann said that Trump was a man "who barks out bile in 140 characters [and] who wastes his precious days as president."

Ultimately, the lesson Uhlmann learned while reporting on the G-20 summit was a sobering one.

Donald Trump has pressed fast forward on the decline of the United States as a global leader. He managed to isolate his nation, to confuse and alienate his allies, and to diminish America.

Needless to say, the man is not fond of the American president.