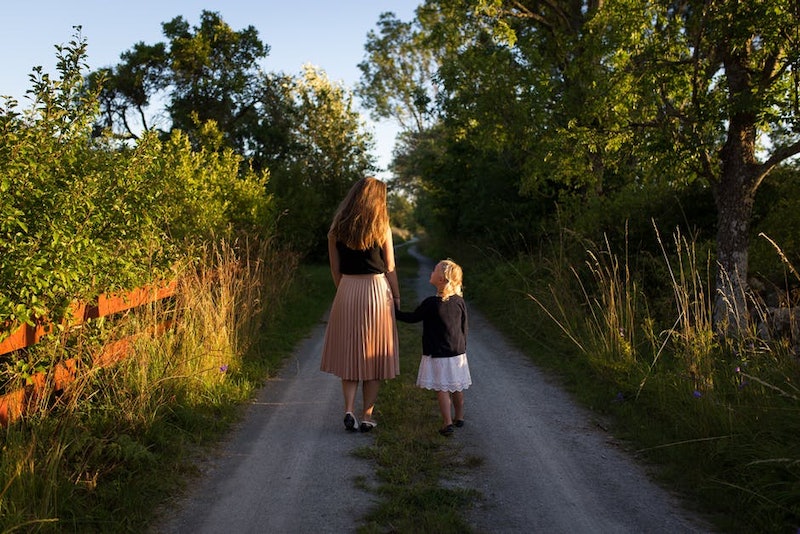 Angela Levin’s mother was beautiful, charming, and funny. She was also unspeakably cruel to her only child, Angela, who she said she should have named “Devil,” and who she once bought a puppy for, only to take it away a few weeks later, blaming Angela for neglecting it despite the fact that the young girl walked it before and after school each day. Embarrassed, Levin kept her mother’s wickedness a secret for most of her life, until recently. Levin and her friend, psychologist Alyson Corner, launched MyHorridParent.com, website for people with toxic parents.

The aim of My Horrid Parent is not to change the behavior of challenging parents, but to provide their children with support, information, and advice on how live with a difficult mother and/or father.

“I don’t think it’s for anybody to fix anybody else,” Corner told Broadly. “You, as a child, cannot fix a parent. It isn’t your responsibility and it can’t be done. You can’t wave a magic wand. The only thing we can ever fix is ourselves; even if you’ve had very horrific experiences, you don’t have to stay with that. You can decide the person you want to be, the life you want to lead, and go on to turn it around.”

Corner and Levin designed the website to support individuals struggling with their parents, but also to remove the taboo around bad parenting.

“Even fiction rarely has a mother as the baddy,” Levin wrote in an article for The Daily Mail. “Fairy stories and children’s books are filled with evil stepmothers, but not mothers. Indeed, mothers from literature tend to be saintly creatures — from Oliver Twist’s poor, angelic, doomed mother, to Lily Potter, Harry’s brave, protective, and heroic mum. The thought that the person who gave birth to you could then be intentionally horrid to you seems too awful, even for fiction.”

The website outlines the different types of “horrid parents”, from the Overpowering Mothers who will make decisions for you, to Self-Obsessed fathers, who only show praise if there’s something in it for them. It also offers outlines of how your parents behavior may cause you to feel or react, and provides suggestions for how to cope. Their main advice? “Stay hopeful and calm. Look after yourself as best you can. Believe in yourself and stay in control."

Both Levin and Corner stress that as aggravating and hurtful as a bad parent may be, it is important to remain calm and positive in order to avoid feelings of guilt and regret in the future.

“Unless the parent is bordering on abusive, we encourage people to not behave badly. Do the right thing. Give a gift, give a card, be prepared for criticism, take a deep breath, use your relaxation techniques, excuse yourself as soon as you can and don’t get involved in being harangued by your parents,” says Corner.

Levin and Corner also believe that a person can learn from their bad experiences with their parents, grow from them, and maybe even prosper. They hope that My Horrid Parent will help break the cycle of toxic parent-child relationships, and teach individuals who suffered at the hand of their parents how to avoid doing the same to their kids.

If you or someone you know is suffering from abuse, contact the National Child Abuse Hotline at 1-800-4-A-CHILD.