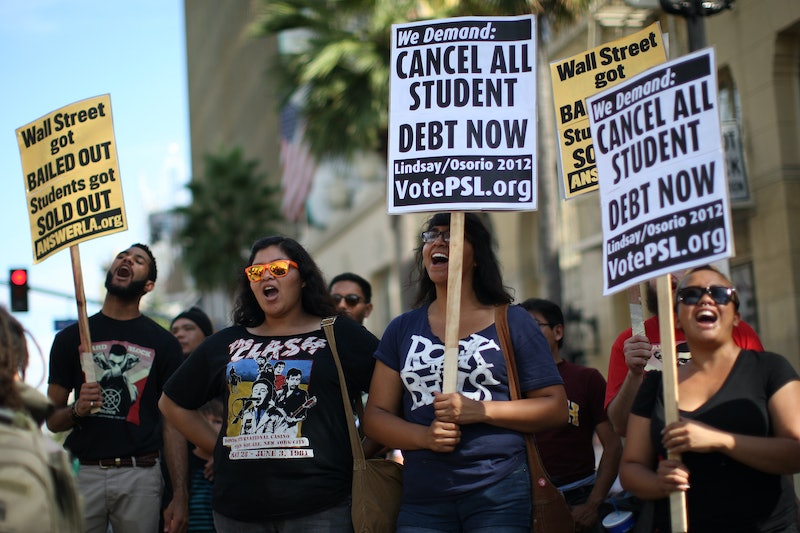 "We need to modernize our higher education system to make it affordable, flexible, and more outcome-oriented," the first daughter said on a phone call with reporters, per The Hill. "We're very excited to work with members on both sides of the aisle to advance these and other important education initiatives."

The Higher Education Act hasn't received a significant overhaul in over 10 years, according to the Associated Press. Under current rules, undergraduate students are prohibited from borrowing more than $57,500 from the federal government in their lifetimes, per CNN. But graduate students have no cap, and neither do students' parents.

The proposal is still in the planning stages, and the White House has not yet released a specific cap recommendation. But a senior administration official told reporters that limits could differ based on the program a student is enrolled in, as opposed to the school, per The Hill. An official told CNN that the reforms are intended to make the Higher Education Act "focus more on the workforce needs."

It's no secret that the price of college has spiked far beyond the rise in wages or in financial aid given to students in recent decades. In fact, the cost of a degree at a public four-year school increased 213 percent between 1988 and 2018, according to the College Board. For private institutions, it increased 129 percent.

The White House's proposal is meant to discourage schools from raising their tuition with impunity. CNN reports that some research suggests that colleges are encouraged to increase their rates when there are no caps on student borrowing.

But some education advocates worry that new limits would disproportionately affect low-income students — particularly those who pursue a master's degree. Susan Ortega, head of the Council of Graduate Schools, told Inside Higher Ed that a postgraduate degree should not be looked at as a luxury.

"The demand for professionals who have at least a master's degree at entry level continues to grow, and we need to ensure students today can pursue degrees that support the U.S. work force of tomorrow," she told the outlet.

Other advocates argue that new borrowing caps would be ineffective at tackling the student loan crisis. In a Monday statement, Sen. Patty Murray (D-Washington) declared that the Trump administration's plan addressed a "symptom of rising student debt" but not "the root cause."

"This proposal would end up hurting students by reducing the amount of federal aid for students and taking billions out of the pockets of borrowers," Murray said.

The White House's plan also includes other changes to the Higher Education Act. One involves consolidating five different income-dependent repayment programs into one that would prevent borrowers from spending more than 12.5 percent of their income to repay loans each month. Another would expand aspects of the Pell grant program, as well as workforce training for prisoners who are eligible for release.

Some of the proposals have support across the aisle on Capitol Hill, Bloomberg reports, while others are more partisan. Congress must create legislation around the plan and put it up for vote before it can go into effect.