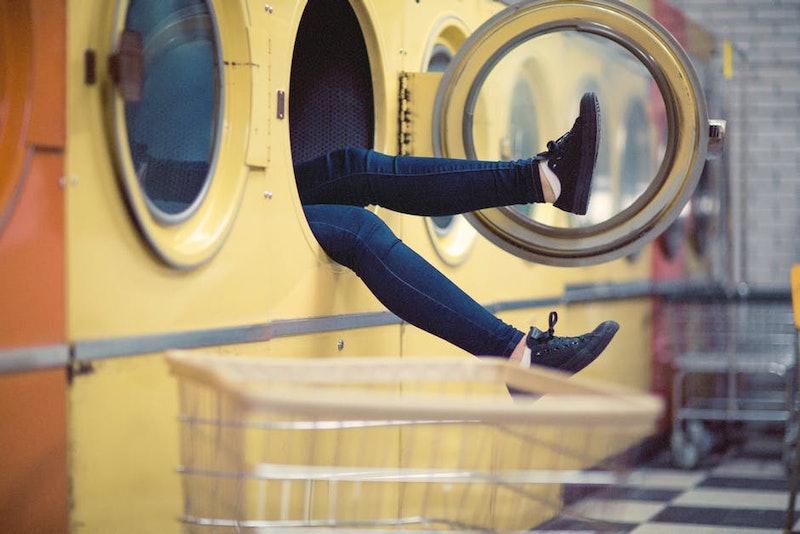 A heated debate is brewing in Britain. It’s not about Brexit, or Theresa May, or the correct tea to milk ratio. No, this debate is about something much closer to home. Well, in the home, actually. British television presenter Kirstie Allsopp has received fierce criticism this week after she joked that installing washing machines in one’s kitchen is “disgusting”.

On Monday, Allsopp, who hosts a number of property shows on Britain’s Channel 4, including Location, Location, Location; Relocation, Relocation; and Location Revisited (are we seeing a theme here?) responded to a journalist on Twitter who pointed out that Americans find it odd that Brits place their washing machines, the machines that wash their dirty socks and underwear, in the same kitchens where they prepare their beans on toast.

“It is disgusting,” Allsopp answered. “My life’s work is in part dedicated to getting washing machines out of the kitchen.”

Another user asked where she recommended placing them instead, if they did not have a utility room, to which Allsopp replied: “"Bathroom, hall cupboard, airing cupboard, google tiny laundry rooms."

Then Allsopp continued on with her day of location-based television shows — but, unbeknownst to her, her tweet had unleashed a deluge of home appliance rage.

Many users pointed out that, because they are not wealthy television presenters or members of the royal family, their space was limited, and therefore they had few options for where to install their washing machines.

"Really? We live in a moderately-sized, four-bed semi and couldn't fit a washing machine anywhere other than the kitchen!" said one user.

"What is disgusting is disrespecting those who have nowhere else to put one," said another.

But Allsopp is not a woman to take this kind of online abuse. Her father was the Sixth Baron Hindlip after all, thankyouverymuch! No, the Honourable Kirstie would not stand for it. So she met her opponents on the field where this whole kerfuffle began: Twitter.

Following a rather R-rated response that began: "Look you bunch of total f**ck wits..." Allsopp moderated her tone slightly and explained that the whole thing was a goof.

“Clue that this *was* a humorous debate was in the phrase ‘life’s work’. Who the effing hell has laundry relocation as their life’s work?”

As someone who does not have a washing machine, and whose kitchen is about the size of a Honda coupe, this all sounds like CHAMPAGNE AND CRUMPET PROBLEMS to me. But maybe, after months and months of political debate, Brits were eager to argue about something a little less consequential than their future as a country. Maybe they were venting their frustrations about Britain's long, strict class system.

Or maybe they really did feel that strongly about the placement of their washing machines.

More like this
The Cabincore Home Decor Trend, Explained
By Jessica Goodman
The Guide To “Witches Stairs” & Why They’re Actually Great For Small Spaces
By Emma Garza
What Is A “Softboy?” The TikTok Term & Aesthetic, Explained
By Courtney Young
Why Are TikTokers Slapping Each Other With Tortillas?
By Courtney Young
Get Even More From Bustle — Sign Up For The Newsletter