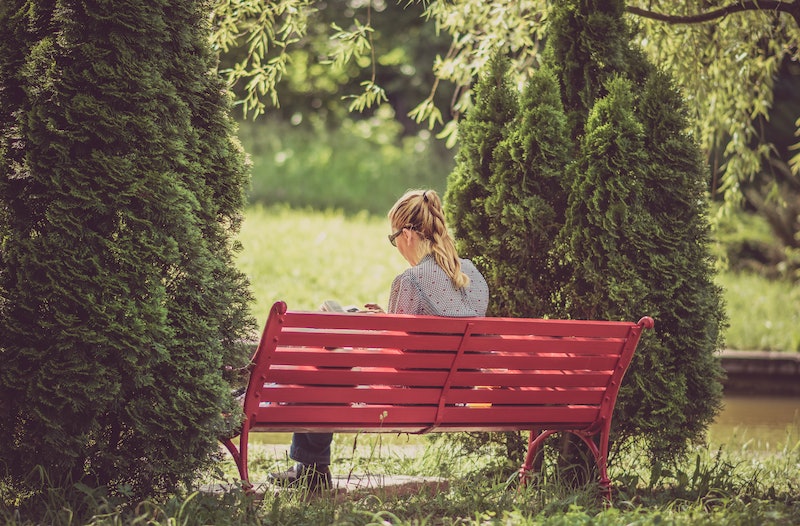 Unsplash
By Lara Rutherford-Morrison
May 10, 2017

Nothing makes a bad day worse like having a stranger accost you on the street and refuse to leave you alone. Yesterday on Reddit, a woman called out a man for doing “social experiments” that really just involved harassing women in public. She made the point that men badgering women in public spaces is annoying at best and threatening at worst — and that adding the label “social experiment” to these actions doesn’t magically make them OK.

The woman, who goes by “qiba” on Reddit, started her r/London post with the title, “To the Australian(?) guy doing a 'social experiment' in Islington by talking to random women in the park, who insulted me when I wanted to be left alone....” Qiba continued,

Screw you. I told you repeatedly I'd had a shit day. I told you exactly why. I politely asked THREE TIMES to be left alone and I have no responsibility to be charming or friendly to you when you're being rude by ignoring my politely stated wishes. Thanks for making a bad week and a particularly bad day even worse by making me feel like crap for declining your ‘nice guy’ act that was actually only nice for yourself. Your parting line of “it's OK to be mean — after all, you're from the UK” was particularly obnoxious.

Commenters on the thread questioned whether the guy actually was doing a social experiment; qiba said that the man didn’t appear to have a camera or partner with him. Some commenters suggested that he might have been a pick up artist using the term “social experiment” as an excuse to hit on women. Whatever his situation may have been, it’s clear that a guy who repeatedly refuses to leave a woman alone and then leaves her with an insult is not someone who deserves attention or conversation from others.

In her post, qiba made two key points: First, that, gender dynamics aside, it’s not acceptable to harass strangers in public, whether there’s an “experiment” involved or not. “To anyone doing 'social experiments' in London or making an effort to talk to strangers — fine, but take a hint when someone's not interested, and don't be an arsehole,” she wrote. “No one's obligated to play along.”

Second, qiba pointed out that there is a gender issue at play here. She wrote,

To men in general — just know that if you approach a woman who is alone in a park and has made no invitation toward you whatsoever, and then refuse her explicit requests to leave her alone, you are raising all kinds of red flags and actually being mildly threatening, however good your intentions.

She followed up in the comments to clarify that she thinks a lot of men are well intentioned, but simply unaware of the challenges women face when in public. “I believe it can be hard for men to appreciate the way in which women, when alone in public, can very easily feel threatened or can always be on alert for threats,” she wrote. “I think that men often accidentally make women feel that way when their intentions are actually very good (or they're just oblivious) because they've never really had to think about these things.”

This post demonstrates that when out in public, it’s crucial to exercise some social common sense. Being friendly to people is all well and good, but it’s important to pick up on and, above all, respect signals — or, in this case, explicit statements — that they want to be left alone.