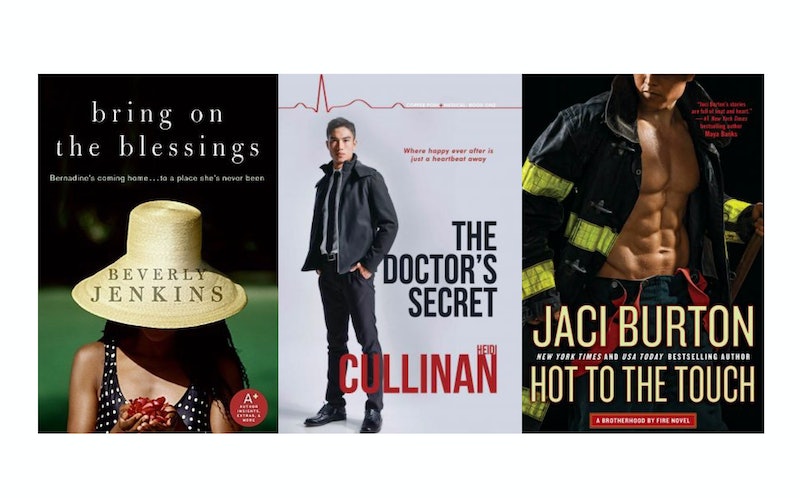 Lillie Applegarth gets paid to read romance novels by bestselling authors for a living, but she’s not an editor or literary agent. She creates what are called “series bibles,” which help writers keep track of the myriad who’s-whos that occur over the course of a lengthy series. (Yes, even the most dedicated novelist may forget some of these details now and then.) In her corner of the book business, no detail is too small, from fictional street names and where they intersect to physical descriptions, hobbies, jobs, education, and family members.

“I think of it as the information that is written in stone and can't be changed — each character's name, their job, who they are related to and how, their history, the type of vehicle they drive, a description of their house,” says Applegarth. “Any tidbit that has the tiniest possibility of popping up in a future book.”

Like, for instance, the hospital in Heidi Cullinan's Copper Point medical romance series. “A majority of the action is taking place in the hospital,” Applegarth says. “Knowing which floors are devoted to what specialty is important, as well as tracking the history of this small town.”

Applegarth, who’d previously held magazine jobs as a copyeditor and proofreader, got her start in 2013 when she made a series bible for her friend, romance novelist Jaci Burton. Burton later mentioned the project at a readers convention, where other authors expressed interest, and soon Applegarth had enough work to transition from a job at a home healthcare agency to a full-time gig creating bibles and providing other literary services, such as creating timelines, beta reading, and proofreading.

She’s now created 110 bibles for authors including Maya Banks, Lauren Dane, HelenKay Dimon, Carly Phillips, and Kit Rocha. A majority are in the romance genre, along with a few science fiction/fantasy, women's fiction, and urban fantasy for clients like Hailey Edwards, who “has all these creatures, myths, and legends she's created or put her own spin on and those have rules that are established, such as how vampires are created.”

Some writers hire Applegarth from the get-go, while others bring her in later on. Historical romance novelist Beverly Jenkins asked Applegarth to create a bible for the Blessings series ten novels in, knowing she'd write additional titles. “The Blessings has intricate details that make that world come alive. It always blows my mind when an author can keep all that information in mind when writing the books. It's not something I could do,” says Applegarth.

That’s why she relies on an old-school method of sitting down with the novel, a pad of paper, and a pen. “I write down every important detail as I read,” she says. “Then, once the book is finished, I compile all the information into a spreadsheet or document in a way that makes sense.” Certain subgenres, like small-town romance and fantasy, generally take up to a week to complete, and the first books require the most time because they’re the ones that lay the foundation. On the other hand, “A rom-com taking place in a real-life city like New York may not have as many details and would only take a day or two per book to bible,” she says.

Applegarth thrives on organizing nitty-gritty details into a document where everything flows logically, even if the information-gathering itself can be frustrating at times. “Is it critical to know that Edna the postmaster, who has only been in one paragraph of one book, is 72, has eight grandchildren, and goes to bingo every Friday night at 7?” she asks. “Maybe not, but possibly. The author has to make sure in later books that she's not in a scene at the grocery store on a Friday night, because it's already been established Edna has other plans.”

Writers, for their part, find the bibles invaluable. “I realized I was getting lost in the minutiae of multiple characters and backstory and needed some help,” says Burton, who initially hired her while writing One Sweet Ride, the sixth in her Play by Play sports romance collection, and has since worked with her on three other series. “As a writer, you forget a character’s eye color or hair color or when he or she got married and what year did they have that baby — was it book four or book five?”

Accuracy is especially important because romance readers, Applegarth says, are voracious and may read more than 300 books a year, often rereading an entire series before a new title is released. Meaning: If an author doesn’t catch continuity issues, the audience likely will.

“One of the joys of reading a series is the familiarity,” Applegarth says. “It’s incredibly frustrating as a reader when the world you’re visiting lacks continuity. Nothing will pull me out of a book I'm enjoying more than hitting a spot and thinking, Well, that's not what it said three books ago.”