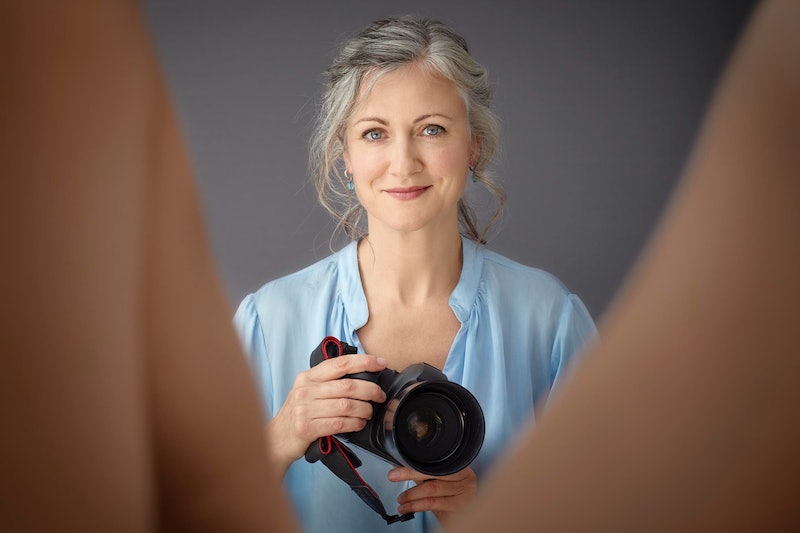 In 2015, photographer Laura Dodsworth photographed 100 women's breasts. Then came a series focusing on 100 penises. Now, Dodsworth is turning her attention to a different part of human anatomy. In order to normalise the dialogue around people's bodies, she has photographed 100 vulvas, transforming the series into an eye-opening book and documentary.

The third part of her years-long exploration of humanity almost didn't happen. Dodsworth told Metro that she thought she was "done" with these "stories", but several events forced her to realise that a deeper level of shame was occurring that she wanted to confront. First, she read about global cases of female genital mutilation, reports the Guardian. Then she came across a BBC report that stated girls as young as nine were seeking labiaplasty. The final straw was a leaflet describing the vagina as a "front hole."

To showcase the reality that every single person looks different, Dodsworth asked people with vulvas to sign up to be photographed and interviewed. She received more than 100 offers, but whittled them down to include people of all ages, sexualities, and life experiences. She told the Guardian that a lack of people of colour is partially down to cultural taboos.

While photographing each participant, Dodsworth asked them about their lives and body-related feelings. The interviews — which encompass periods, menopause, pregnancy, abortions, FGM, and sexual assault among other issues — appear in a book entitled Womanhood: The Bare Reality. The photographer herself also appears in the line-up.

On Feb. 19, a documentary about the series will air. 100 Vaginas (it seems like vulva was too much for TV) will focus on the stories of 18 subjects aged between 19 and 77. They will share everything from thoughts on pubic hair grooming to issues pertaining to gender and religion.

When asked by Guardian writer Liv Little why she had called the book Womanhood — especially when the term can be used in an exclusionary way by some — Dodsworth replied: "It’s a chorus of voices. However, body parts play a very definitive part of what it is to be a man or a woman." Society often unfairly defines people by the sum of their body parts, and it must be noted that body parts aren't the only, or even most important part, of what determines someone’s gender.

To me, what's striking about Dodsworth's work is that, irregardless of gender, she is interested in challenging our shared feelings of inadequacy and worry when it comes to our bodies. By uniting every person under the umbrella of an emotion like anxiety, perhaps we can start to understand each other and work to eradicate not only negative feelings towards ourselves but damaging behaviour towards each other.

“Things rise up in the collective consciousness at the same time," Dodsworth commented to the Guardian. "It’s partly in the wake of #MeToo. I think it is so long overdue that we reclaim our bodies and our stories. Right now seems to be the time."