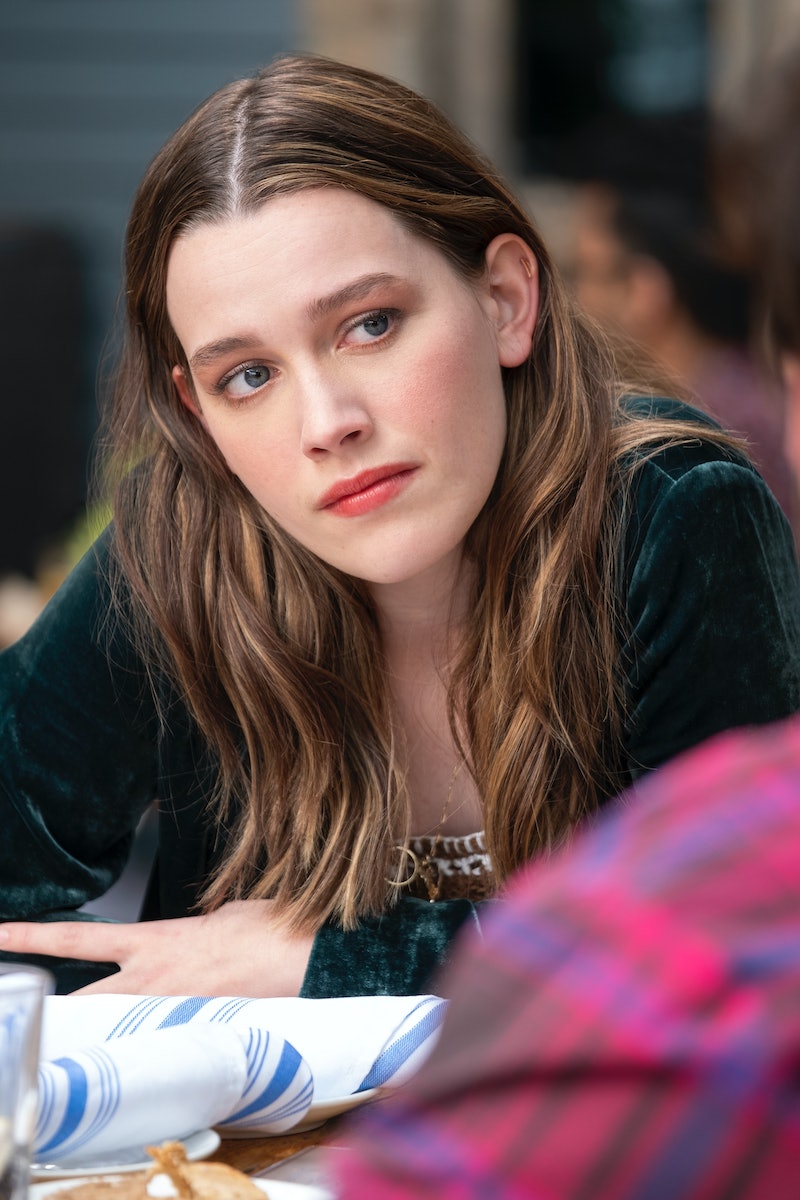 Spoilers for YOU Season 2 ahead. Netflix's hit show YOU is so dark and twisted that it might actually be easy to miss a murder or two. And, while you might think you caught all the deaths in YOU Season 2, some fans have picked up on a potential murder that the show didn't explicitly depict. A new YOU theory suggests that Love killed her husband James, and really, it's not far-fetched at all.

YOU Season 2 saw our charming resident stalker Joe Goldberg (Penn Badgley) set his sights on a new obsession, Love Quinn (Victoria Pedretti). Their romance grew quickly, exactly according to Joe's plan. But as viewers come to find out during the season's last episodes, Love had a plan of her own. It turned out, Love had been stalking Joe for almost as long as he'd been stalking her, and proved that she was capable of doing anything to protect her loved ones, including murdering Delilah and Candace in cold blood.

As if the twist that Love was a murderer wasn't enough, this new theory suggests that she didn't just kill people threatening her brother, or Joe, but that Love killed her first husband as well. It's not something explicitly stated in the show, but there were telltale signs spread throughout the season that back up this theory.

In one flashback during the season, viewers saw Love's husband make it clear that he was not ready to have kids yet, in part due to his undisclosed illness, and also because it would require the couple to borrow money from Love's parents, something he didn't want to do. Love, however, was desperate to start a family of her own. And when Love revealed to Joe that she was pregnant with his baby — to stop him from killing her — viewers saw how far she'd go to start her own perfect family, something she's desperately wanted. (This also led some fans to believe that Joe is really not the father of Love's baby, but that's a whole other story.)

James Died Of A Mysterious Illness

Love explained to Joe that James died several years prior due to an illness, but viewers never find out exactly what that ailment is. All that's known is that James kept Love in the dark concerning his illness until it's too late. That said, some fans think that Love may have slowly poisoned him — perhaps using natural toxins from fruit seeds, which she has access to at Anavrin — after he said he didn't want to start a family with her. After all, she'd do anything for her own family, right?

Love Has Killed Before

According to Love, she started murdering as a teenager, when she killed her au pair for having sex with her twin brother, Forty, when they were underage. So obviously, it wouldn't be shocking to learn that Love was behind her husband's death as well. Just add him to the list.

Between Joe and Love's mutual murderous tendencies, that poor little baby truly needs to watch out.

More like this
Netflix Shut Down 'Bridgerton' S3 Rumours About A “Very Dark” Storyline
By Bustle
'The Queen’s Gambit' Season 2 Tweet Wasn’t From Anya Taylor-Joy
By Mary Kate McGrath, Jack Irvin and Grace Wehniainen
This Dark 'Happy Valley' Theory Is Staring You Right In The Face
By Sophie McEvoy
Everything To Know About 'RHONY' Season 14
By Jake Viswanath, Alyssa Lapid and Brad Witter
Get Even More From Bustle — Sign Up For The Newsletter
From hair trends to relationship advice, our daily newsletter has everything you need to sound like a person who’s on TikTok, even if you aren’t.