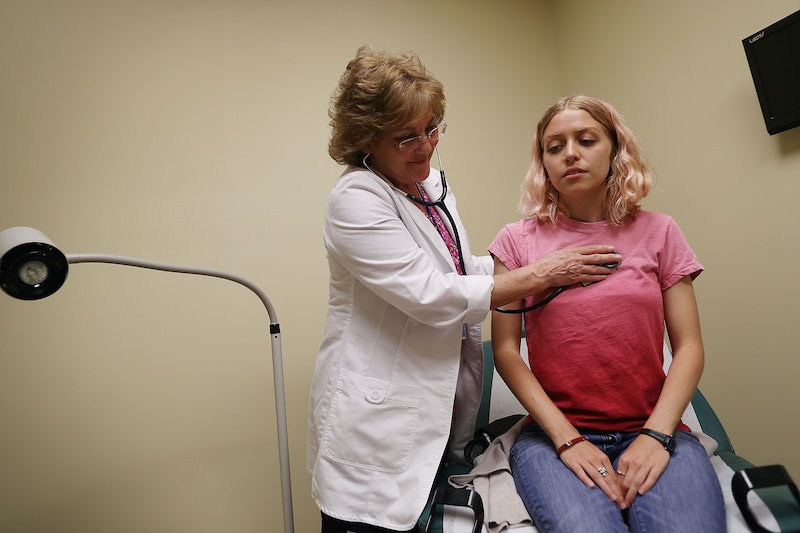 As many know, Planned Parenthood is a national organization that provides a wide spectrum of affordable reproductive health services to women across the country. These services include breast and cervical cancer screenings, contraception, STD treatment, and abortion services, among others. About 2.4 million men, women, and children visit Planned Parenthood annually.

Unfortunately, Planned Parenthood is often a favorite item on the "chopping block" for many Republican legislators, often due to their intensely anti-choice stance. The Trump administration and Congressional Republicans, for example, have repeatedly threatened to withdraw federal funding for Planned Parenthood. Moreover, the aforementioned AHCA, which recently passed the House, includes a provision to defund the organization for one year.

Even though federal funding remains in place for now, the organization is already suffering in some states. According to the Sacramento Bee, on Tuesday, Planned Parenthood confirmed that it will be closing three clinics in Northern California at the end of June. The newspaper reported that the clinics were closing in order to consolidate financial resources.

Since 2011, California's Planned Parenthood clinics have been struggling with receiving adequate Medicaid reimbursement, after Gov. Jerry Brown made a 10 percent cut to the reimbursement rates that has not been restored. This low reimbursement rate has contributed to the decision to close the three California clinics.

The clinic closures in California come on the heels of clinic closures in Iowa, as Planned Parenthood announced last week that one-third of the state's clinics will close by June 30. The Iowa clinic closures are a direct result of a new state law that stops Medicaid patients from receiving any type of service at health clinics that provide abortions. Planned Parenthood falls into this category and thus, as a result of the law, has essentially lost all of its Medicaid funding in Iowa, resulting in dire financial straits for the state's clinics.

While these clinic closures are a result of state decisions to cut or eliminate Medicaid reimbursements, The Huffington Post warns that they serve as an example of what could result if the Republicans' Obamacare replacement bill becomes law and Planned Parenthood is federally defunded. Indeed, Planned Parenthood employees in Iowa have reported that many of their 15,000 patients affected by the clinic closures have called them with extensive concerns about affordability and availability of continued, quality reproductive healthcare.

Overall, the recent Planned Parenthood clinic closures are both highly detrimental for the communities they serve, as well as indicative of even larger, countrywide problems that could result if the AHCA becomes law. If you wish to support Planned Parenthood as it fights to continue to ensure that its federal funding its maintained (and that its services reach everyone in need), consider donating to the organization or to its action fund.