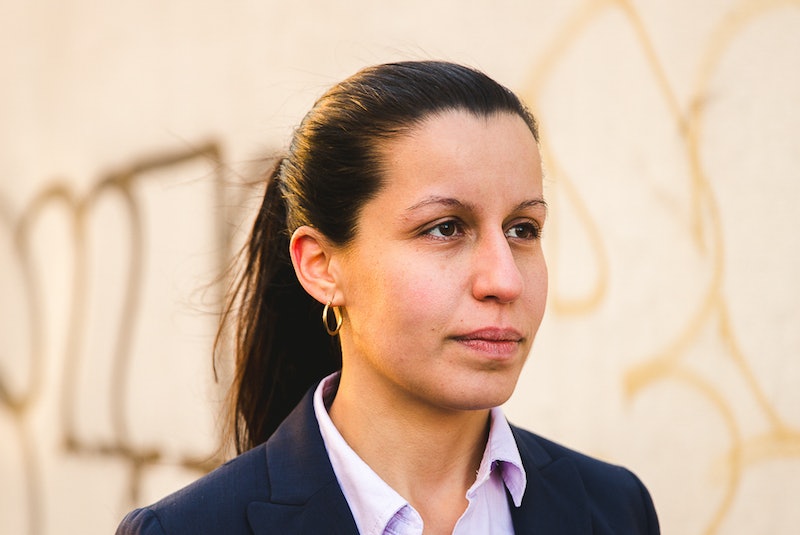 Megan Magray for Cabán for Queens

Queens, New York, has a population of more than 2 million people. If it were its own city, it would be the fourth largest in the country. That means the upcoming race to fill the position of Queens district attorney — the first real contest for that role in nearly three decades — will directly impact an incredibly diverse community that includes more than a million immigrants and speaks more than 160 languages. Tiffany Cabán, a candidate whose grassroots campaign has drawn comparisons to fellow millennial Alexandria Ocasio-Cortez, who endorsed Cabán on May 22, is pitching herself as the one person in the race who’s seen up close just how the criminal justice system marginalizes people of color and people living in poverty.

Cabán acknowledges the parallels between her and Ocasio-Cortez — and they go beyond running as an insurgent outsider. The campaign manager who led the congresswoman’s upset primary victory in June 2018 also co-managed Cabán’s campaign for a period of time, for instance, and many other AOC alums are volunteering for Cabán. Both women also received the backing of the Democratic Socialists of America.

“The common theme, whether it's [Philadelphia District Attorney] Larry Krasner, whether it's AOC ... is this idea that we are bringing our communities in, in a way that has allowed the folks that are volunteering and working with our campaign to own it,” Cabán tells Bustle in an interview in Astoria, Queens, one recent afternoon before the endorsement. “I think that is incredibly powerful, because our system and our politics have been such that it's really kept people on the outside.”

“One of the things that I think gets overlooked, in this race particularly, is the fact that ... so many people don't know that you vote for your DA,” she adds. “It is literally the most powerful and impactful local elected official that you could vote for in your community.” Indeed, the district attorney is the official deciding who gets charged for what crimes, so their decisions affect the lives of anyone who comes into contact with the criminal justice system in their jurisdiction.

While there are more than 350,000 registered voters in the slice of Queens and the Bronx that Ocasio-Cortez represents, there are more than 1.2 million voters eligible to cast a ballot for Queens district attorney. Cabán, who is 31, is the youngest in a field of seven candidates that includes the president of the borough, a city council member, and several prosecutors. She lags far behind some of her more established opponents in fundraising — her campaign is refusing corporate donations — and she’s dealt with some staff turnover and a report of “infighting and disarray” in the campaign. Still, Cabán has racked up endorsements from activist groups on the left and staked out a space for herself as the only career public defender in the race.

“I am a queer. I am Latina. I am from a low-income community. I am a public defender. It is tied that much to my identity,” she tells Bustle. “It certainly shaped the way that I approach the DA’s office. I became a public defender because of my experiences in the very communities that are over-policed, over-criminalized, that are resource-starved.”

A wave of district attorneys pledging criminal justice reform has been elected in major cities like Philadelphia, St. Louis, and Boston in recent years. Cabán alludes to that group as she talks about her campaign seizing an opportunity to redefine the role of the district attorney’s office. While members of that new guard are often labelled progressive prosecutors, Cabán says she prefers the term “decarceral prosecutor,” which she describes as someone whose goal is to keep people in their communities and out of jail.

There is a reason why I became a public defender and not a prosector. You can't just say I'm going to go out and offer jobs to a more diverse cross-section of our communities.

Among Cabán’s campaign promises are mainstays of the progressive model of prosecution, like declining to charge a number of low-level offenses including marijuana and prostitution; ending cash bail; and eliminating the practice of civil asset forfeiture, in which police seize a person’s belongings that they suspect were used in a crime.

But she also backs New York City’s No New Jails movement, supports full decriminalization of sex work, and wants to prosecute Immigration and Customs Enforcement (ICE) agents who overstep their bounds. For Cabán, sex work in particular is an issue that illustrates the difference between someone who embraces the progressive label and someone who’s committed to decarcerating their community.

“If you say you're not going to prosecute sex workers, but you're going to prosecute their customers, you are then cutting off a means of taking care of themselves,” she explains. “Here in Queens, in Jackson Heights, we have a large trans-Latino population that engages in sex work. In Flushing, we have some migrant communities that engage in sex work in our massage parlors. These are folks that have, because of discrimination, experienced barriers to employment and to housing. This is how they support themselves and their families and it's valid.”

As that approach suggests, Cabán is particularly attuned to the intersecting needs of Queens’ immigrant communities. There’s been a sharp increase in ICE operations around courthouses in New York since 2016, according to a report from the Immigrant Defense Project, which found the agency made 33 arrests in Queens alone in 2018. The report notes the Immigrant Defense Project also “received reports of ICE agents tackling individuals to the ground, slamming family members against walls, and dragging individuals from cars in front of their children.” While she acknowledges that it would be an “uphill battle,” Cabán wants to prosecute ICE agents for any misconduct, including excessive force and sexual assault.

“We really want to be aggressive and move under some of our New York statutes to at least try to make the argument that they are breaking state laws…when they come into our courts, our schools, our places of worship and engage in the tactics that they're sometimes using,” she says.

As she talks through her platform, Cabán repeatedly returns to a few central themes: applying the law fairly across racial and class lines, and reimagining the district attorney’s office as what she calls a “clearinghouse for services” that will support members of the community rather than punish them. That vision that earned her the endorsement of Rep. Ocasio-Cortez.

“If Tiffany Cabán wins, things are going to change,” Ocasio-Cortez said in a statement. “Instead of criminalizing poverty, we’re going to dedicate resources towards prosecuting abusive landlords. Instead of targeting people who use marijuana, we can go after the drug companies that took advantage of working-class folks for profit. We can end broken windows policing and rebuild the relationship between our communities, and the justice system that’s supposed to work for us. We can end cash bail, so that the rich and poor are held equal in the eyes of the law. We deserve a district attorney that understands that to make our community safer we help people prosper. We deserve Tiffany Cabán."

If that endorsement helps push Cabán over the top in the Democratic primary on June 25, it wouldn’t just be another notch in the belt for an ascendant class of anti-establishment, activist candidates. Cabán's critics knock her for her lack of prosecutorial experience, but in her mind, the district attorney’s office — the makeup of which she does not believe reflects the community it serves — was never set up for lawyers like her to begin with. And so breaking that wheel is her project.

“As a queer Latina from a low-income community, there is a reason why I became a public defender and not a prosector. You can't just say I'm going to go out and offer jobs to a more diverse cross-section of our communities,” she says. “You have to make that office a place where we feel welcome and where we feel like we're going to be serving our communities, not harming them. That comes from changing the culture and changing those metrics of success.”