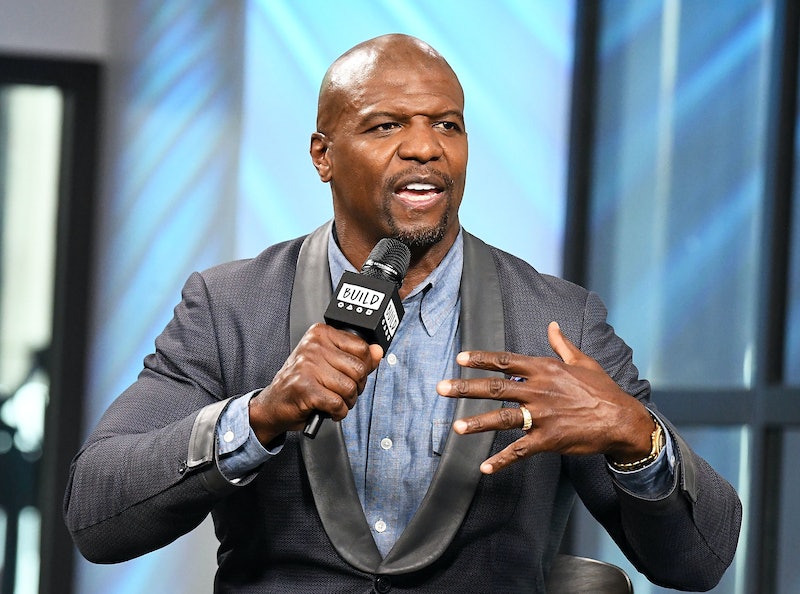 While TIME's profile of individuals who fueled the #MeToo movement primarily focused on women speaking up about abuse at the hands of powerful men, the magazine was careful to note that people of both genders have helped break the silence. "The women and men who have broken their silence span all races, all income classes, all occupations and virtually all corners of the globe," TIME's profile read.

Crews, 49, joined women in openly talking about sexual harassment in the days following The New York Time's first exposé on Harvey Weinstein's alleged sexual misconduct (which he has repeatedly denied). "This whole thing with Harvey Weinstein is giving me PTSD," he tweeted Oct. 10. "Why? Because this kind of thing happened to ME." He said a high-level Hollywood executive groped him at an event last year, explaining that he didn't fight back because he didn't want to end up in jail.

In the TIME profile, Crews called out society's tendency to blame or scrutinize victims. "Let's flip it," he said. "Let's talk about what the predator is doing." He explained that he was motivated to join the #MeToo movement after seeing people online claiming Weinstein's accusers were just seeking attention. The actor said he wanted to show female survivors that they weren't alone; that he understood their pain.

Lipman, a 28-year-old actor and director, was also included for publicly accusing Tyler Grasham, his former agent, of sexually assaulting him. Lipman initially posted an account of the alleged assault to Facebook using the #MeToo hashtag without including who allegedly assaulted him. But a day later, he named Grasham online. Grasham was fired from his job after more men accused him of assault, and he's now being investigated by the Los Angeles Police Department. (Grasham has not publicly responded to the allegations.)

Although the numbers are much steeper for women, men also experience sexual assault — and it's important that they're included in the discussion. About one in 10 rape victims are male, and one in six men experience abusive sexual experiences before the age of 18 (an estimate the nonprofit 1in6 believes is conservative). And because sexual violence is predominantly seen as a "women's issue," male survivors face different obstacles in reporting their assault and trying to move past it.

TIME recognizing "The Silence Breakers" as the year's most influential group bolstered the international movement, and the inclusion of Crews and Lipman among the many women awarded the title gave an appropriately nuanced depiction of the problem #MeToo is seeking to address. Of course, it's always worth reminding the world that sexual violence can effect anyone, but it's especially important in the current climate. As TIME's profile said: "For the moment, the world is listening."

Like any pervasive social problem, combating sexual assault and harassment will require action from people of every gender, race, and social class. Recognizing the role men play — both as offenders and survivors — is also a vital step. After all, you can't eliminate a problem if you don't recognize the extent of its impact.