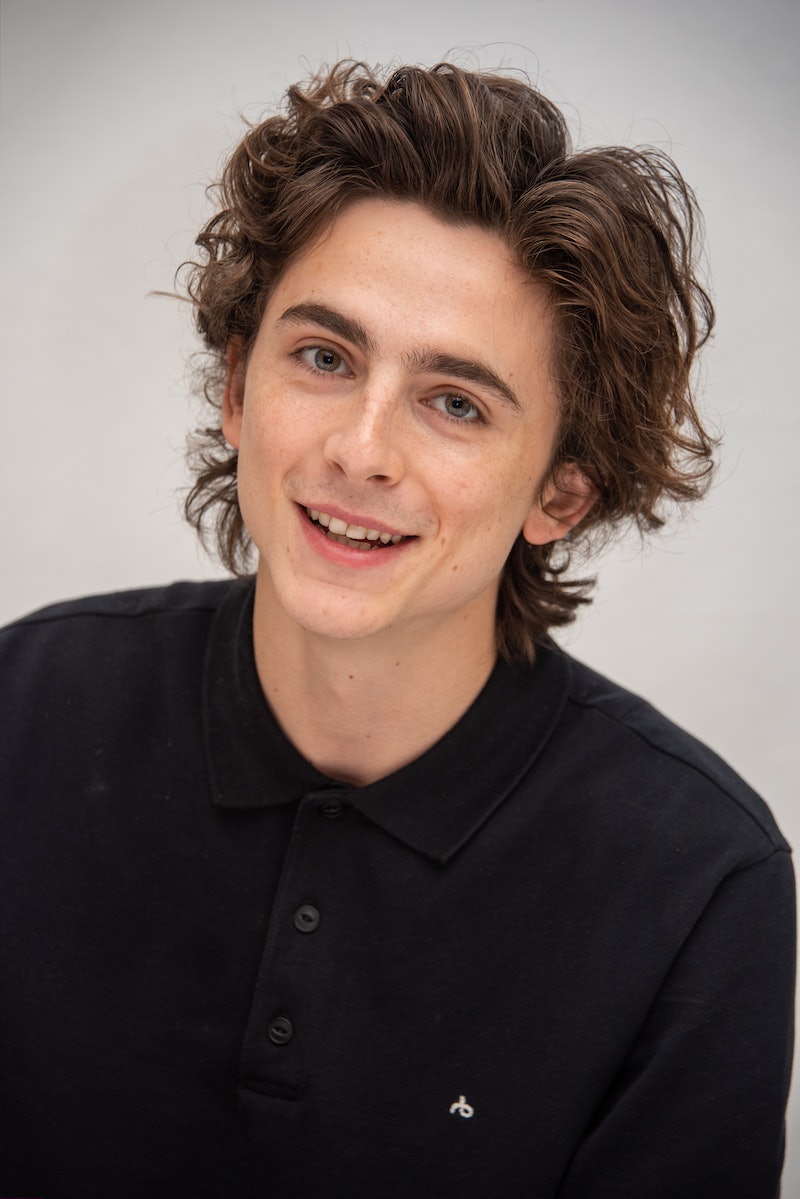 Building even more anticipation for the upcoming release, Timothée Chalamet's photos from Little Women offer a behind-the-scenes look at the film, including plenty of fun moments from set. On Saturday, Chalamet posted a slideshow of photos from Little Women on Instagram, including one picture of himself enjoying french fries with Meryl Streep, which showed a whole new side of the iconic actor.

Chalamet's photos, taken while filming Little Women in Concord, Massachusetts, included plenty of funny memories from shooting the movie. In one photo, Saoirse Ronan, Eliza Scanlen, and Florence Pugh enjoy a meal off paper plates while in costume, and in another Chalamet and Emma Watson strike a silly pose for the camera. The Call Me By Your Name star captioned the photos, "little women bts 1 @littlewomenmovie."

In one particularly memorable selfie, director Greta Gerwig appeared with Chalamet, Pugh, and Streep while the whole group grins and eats an order of Wendy's french fries. Little Women is based on Louisa May Alcott's classic novel, which follows the four March sisters, who are coming of age after the Civil War. In the film, Streep stars as the sister's wealthy Aunt March.

On Dec. 11, Pugh discussed Streep's unexpected love of fast food during an interview on The Late Show With Stephen Colbert. Pugh noted that filming a particular scene in Boston was difficult, due to winter weather and huge costumes, when Streep mentioned a craving for fries. "I remember it was cold and she was like, ‘Oh I would just kill for some fries right now,'" Pugh told Colbert. "They had grabbed Wendy’s fries in about 10 minutes."

Chalamet and Pugh weren't the only members of the cast delighted by Streep's love of french fries. Back in October, Ronan said she was "shocked" when Streep ordered Wendy's to set during a Q&A in Los Angeles, according to a tweet from Los Angeles Times Reporter Amy Kaufman. "I was saving money," Streep reportedly joked in response.

While promoting Little Women, many of the cast members have discussed working with the legendary actor. In December, Ronan joked that her Little Women scene with Streep made her emotional during an appearance on Late Night With Seth Meyers. "I kept it together," Ronan said. "Then, I started thanking her for letting me act, and stuff." During her appearance on The Late Show With Stephen Colbert, Pugh also confessed to being intimidated by Streep, saying, "You can't help but just stare at her face while you're supposed to be acting."

Little Women premieres on December 25, but for fans who can't wait, Chalamet's behind-the-scenes photos are the perfect appetizer.

More like this
The Sean Bean Intimacy Coordinator Controversy, Explained
By Sam Ramsden
Jennifer Coolidge Needs 'Legally Blonde 3' To Happen So She Stops Getting Hot Dog Jokes
By Jake Viswanath
Revisit 1992’s 'A League Of Their Own Cast' Photos After The New TV Series
By Grace Wehniainen
Twitter Is At Odds Over Taylor Swift’s Possible ‘All Too Well’ Oscar Run
By Brad Witter
Get Even More From Bustle — Sign Up For The Newsletter