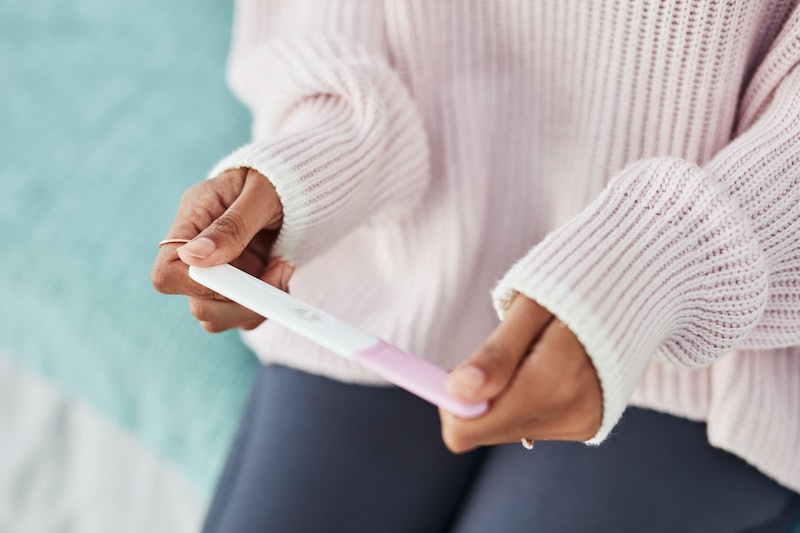 For the past two decades, American mothers have faced an increasing risk of dying because of pregnancy, even though the U.S. is one of the wealthiest countries in the world. Researchers have attributed the climbing maternal mortality rate to several factors, including access to healthcare, location, poverty, and others. However, the risk of death during or after childbirth is much higher for women of color. Activists and researchers are finding that this massive disparity isn’t unique to maternal health, but a symptom of lifelong risks of increased stress and trauma that people of color face. Now, activists say there needs to be a new approach to ending the maternal mortality disparity.

Black women are three times more likely to die from pregnancy than white women, according to the Centers for Disease Control, and Native American women faced two and a half times higher risk of death than white women. While some attribute this increased risk to things like poverty and health care access, Dawn Godbolt, a health policy analyst at the National Partnership for Women & Families, says the risk of dying during childbirth is increased for women of color because they face greater health risks regardless of income and insurance.

“This is not something that we can buy or educate our way out of with increased access to money, health insurance or education,” she tells Bustle. “A Black woman with a college degree is more likely to die during childbirth or from pregnancy-related complications than a white woman with that is a high school dropout. ... All Black women are vulnerable to this crisis.”

Expanding access to perinatal training programs is essential to the solution.

University of Michigan professor Arline T. Geronimus has been doing research on race and “biological weathering,” or how stress affects lifelong health risks, for several years. Even controlling for variables like wealth and education, Black women faced the highest levels of “cumulative wear and tear on the body’s systems” due to stress factors they were exposed to in their daily lives. “Accumulated stress across life makes pregnancy riskier for Black women at an earlier age than for white women,” Godbolt says.

In Godbolt’s view, one key factor to reversing maternal mortality in the next decade is by providing more training to more health workers so that symptoms of potentially deadly conditions related by this stress are caught earlier. “Midwives, doulas, OB/GYNs, and Black mothers have told me what they need to address the maternal health care crisis,” she said to the council, “and expanding access to perinatal training programs is essential to the solution.”

On Dec. 18, Godbolt went before the Washington D.C., city council to push for legislation that would provide more training for health care workers trained to care for people during all stages before and after pregnancy. Even under Medicaid, there is no federal requirement on which perinatal services must be covered for low-income pregnant people apart from essential inpatient and outpatient hospital services, and up to 60 days of postpartum care. That means that some mothers are only covered for two months after they give birth, even though “pregnancy-related death” can occur up to a year after birth.

"Everywhere I went to receive assistance made me feel like another pregnant woman trying to take advantage of the system."

During the Dec. 18 hearing, young Black mothers from the community stressed how inaccessible hospital care was, and how even if they were able to get to the hospital, they faced discrimination. Nandi Barton told council members about the difficulties she faced at all stages of her pregnancy. Doctors had put her on bed rest; with no help at home, she struggled to adhere to doctors’ orders. “As a single mother with a 7-year-old, how was that even possible?” she said. Later, Barton’s newborn needed to stay in the intensive care unit for several weeks after birth, and she said that getting to the hospital to see her baby during that time was difficult and expensive. She told the council that the lack of postpartum support made her depressed.

“Everywhere I went to receive assistance made me feel like another pregnant woman trying to take advantage of the system,” said Barton, who is also an activist for the Maternal Health Equity Action Lab, a D.C.-based space for women to advocate for health equity and policy change.

For Godbolt, improving the way health care providers treat mothers of color is also necessary. “There's a lot of work to be done to make sure that providers are providing care that is culturally relevant, culturally appropriate, and that's predicated on choice, autonomy, and respect,” she says. “There's a long history of mistrust between people of color and the health care industry” that needs to be accounted for.

Building trust between mothers of color and their health care providers is something Godbolt says will take time. To help bridge the gap, the National Partnership conducted a survey of mothers in California, asking for detailed accounts of their pregnancy and postpartum experiences. “What we found is over 11% of Black women reported unfair treatment, in comparison to 1% of white women,” Godbolt says. The survey found that Black mothers reported experiencing more rudeness from health care providers, and more “rough handling.”

Despite these numbers, Godbolt is hopeful that the work of health care advocates and activists will start to pay off in the new decade. Ultimately, she says, the health of women of color will improve overall if states and the federal government make better care more accessible. “We need a standard set of quality measures, but we also need to standardize the quality of care that people receive,” she says. “It shouldn't matter the neighborhood that your hospital is in; you should be able to still receive the same quality of care.”