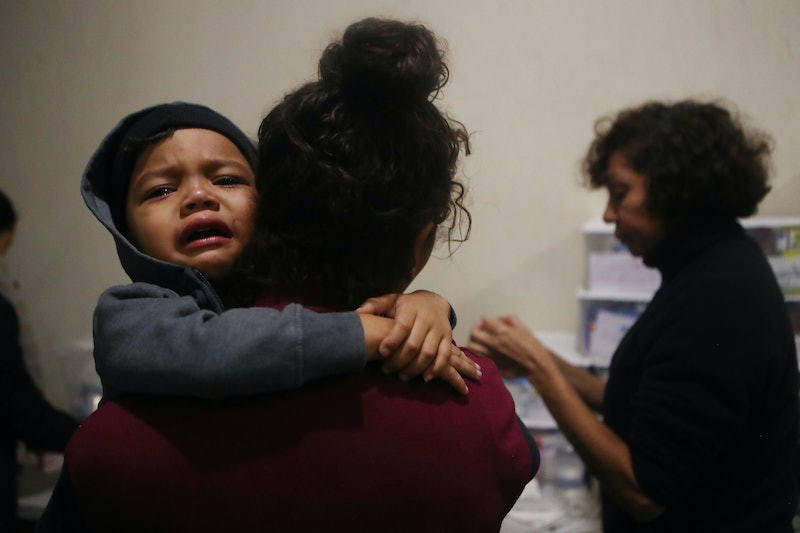 Following news that the official count of children separated from their families may have left off thousands, the Trump administration said finding those not already tracked could be impossible. NBC reports that, in a court filing, a government official said finding these separated migrant children to reunite them with their parents may not be "within the realm of the possible."

Jallyn Sualog, deputy director of the department of Health and Human Services' Office of Refugee Resettlement (ORR), made a declaration that was submitted as part of a court filing on Friday connected to a lawsuit filed by the ACLU to stop the family separations in 2018. The government was then ordered to reunite all the families, and Sualog is overseeing that effort at ORR, she says in her declaration.

The ACLU wants the government to get to work on reuniting not only those previously acknowledged, but also the newly identified children who weren't tracked because they were separated before the official policy began in April 2018 — some as far back as 2017. There could be thousands of children who fell through the administrative crack in that timeframe and who the government hasn't tried to to reunite with their parents, according to The New York Times.

Sualog's declaration said, though, that the resources might not be there to identify the kids — or reunite them. She said that ORR would have to review the cases of 47,000 unaccompanied minors for "indicators of potential separation" which would potentially take 100 caseworkers more than a year working full time.

"Even if performing the analysis Plaintiffs seek were within the realm of the possible, it would substantially imperil ORR's ability to perform its core functions without significant increases in appropriations from Congress, and a rapid, dramatic expansion of the ORR data team," Sualog declared. Bustle reached out to the Department of Health and Human Services for comment.

Lee Gelernt, lead attorney in this lawsuit and deputy director of the ACLU’s Immigrants’ Rights Project, condemned the government response in a statement. "The Trump administration’s response is a shocking concession that it can’t easily find thousands of children it ripped from parents, and doesn’t even think it’s worth the time to locate each of them," Gelernt said.

Sualog's declaration speaks more about the resources that would be necessary to locate each child — and that the ORR doesn't currently have those resources.

Jonathan White, who is the Department of Health and Human Services "lead in the Unaccompanied Alien Children (UAC) Reunification Coordination Group," also gave a declaration and argued that the children separated before the policy came into effect are not covered by the lawsuit.

In addition to tracking, Sualog also said that ORR legally doesn't have the ability to "force a sponsor to transfer custody of a child to a separated parent to effectuate reunification."

Many of these previously unidentified kids have already been released from ORR care, which legally means the office can't intervene — nor, Sualog said, does it have field personnel that would potentially "forcibly transfer" a child. "Finally reunification of minors already residing with close relatives, parents or family friends could interfere with the child's routine and currently established relationships," Sualog added. White, noting that he is a social worker, also wrote that this could be "traumatic."

In response to the filings, the ACLU's Gelernt promised to take up the matter in court on Feb. 21. Gelernt also condemned that the "administration also doesn’t dispute that separations are ongoing in significant numbers." The HHS Office of Inspector General said in a report released in January that more than a 100 kids had been separated between July and November of 2018.

All in all, for the families who experienced separation, there's no good news.