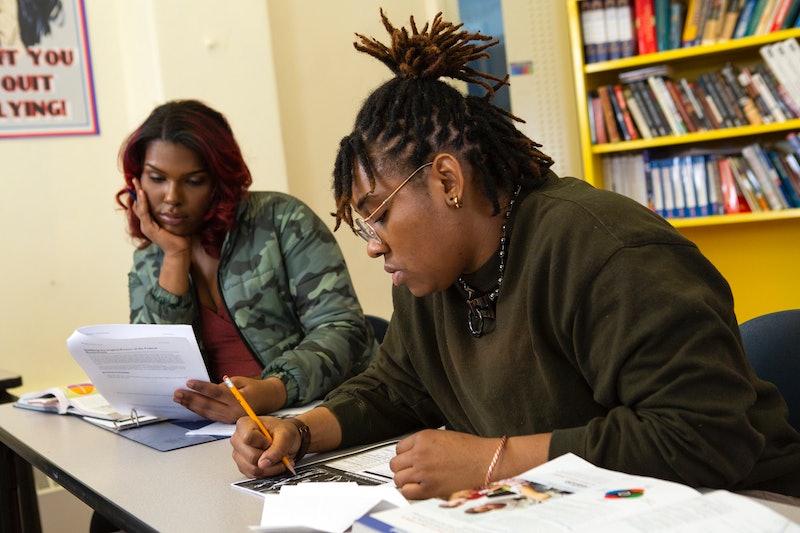 Challenging classes, new experiences, and crushing student loan debt can make being a university student difficult. And it can be even harder when you don't have access to the necessary support and resources to keep yourself healthy. Unfortunately, many students who don't identify as cisgender face these barriers in access. And the consequences are serious: a new study published in the American Journal of Preventive Medicine shows that university students with marginalized gender identities are more likely to experience mental health issues.

Researchers examined the mental health of 65,213 students at 71 U.S. university campuses, including 1,237 “gender minority” students. By gender minority, the researchers are referring to anyone who is not cisgender, meaning that their gender identity differs from the one they were assigned at birth. This diverse group includes transgender, genderqueer, gender non-conforming, and non-binary people. It’s important to note that because gender identity is deeply personal, many people have gender identities beyond the ones mentioned here.

After examining the data, they found that gender-diverse students were between two and four times more likely to struggle with negative mental health outcomes — such as depression, anxiety, eating disorders, self-injury, or suicidal ideation — than their cisgender classmates. A staggering 78% gender-diverse students were experiencing one of the negative mental health outcomes mentioned earlier, compared to 45% cisgender students. And nearly 60% of students with marginalized gender identities experienced clinically significant depression, compared to 28% of cisgender students. The study also found that more than a third of gender minority students and 1 in 10 cisgender students had experienced suicidal ideation.

These numbers paint a picture of a community in crisis, but they also show numerous opportunities for university administrators to step in and improve conditions for their students with marginalized gender identities. And other studies shed light on why they might be experiencing these negative mental health outcomes. The 2015 U.S. Transgender Survey (USTS) showed that 24% of transgender respondents experiencing verbal, physical, or sexual harassment during college. Among the respondents who reported this harassment, 16% said they dropped out of college as a result. The National Transgender Discrimination Survey found that 35% of gender-diverse students in college, graduate school, professional school, or technical school all reported a torrent of negative treatment — including bullying, harassment, and assault — by students, teachers and staff.

This data demands action. “There has never been a more important time for colleges and universities to take action to protect and support trans, genderqueer, and nonbinary students on campus,” lead author Sarah Ketchen Lipson and assistant professor of health law, policy & management said in a press release.

The study points out that "traditional college years (ages 18–24) coincide with the age of onset for many lifetime mental illnesses," according to a 2005 study published in Arch Gen Psychiatry. And a 2018 study published in Depression and Anxiety showed that one in five college students had experienced suicidal ideation. A data analysis published in the Association of American Colleges & Universities found that nearly 19% of transgender college freshmen had "major concerns about financing their college education," compared to 12% of college freshmen overall. This means that many students are experiencing compounded risk factors, posed by their age, gender identity, and the other stressors of academic life.

The study recommends that these institutions provide more resources to their students, like mental health screening and gender-affirming services. Another important action that universities can take is to designate more gender-neutral housing, like these institutions have done. And gender-neutral bathrooms are becoming more popular in U.S. colleges, as Kim Bellware reports for HuffPost.

This is why it’s important for people not to be exclude transgender, gender non-conforming, and non-binary people from conversations about mental health. Universities also need to put policies and resources in place to support students with marginalized gender identities. And hopefully, this comprehensive data will spur them to do so.

In a press release, Lipson said that “The most effective way to prevent [negative mental health outcomes] would be, from my perspective, through policy changes. Inclusive policies are necessary to advance equity. And that’s what I really want [this] data to speak to.”

This data is upsetting. But it presents allies and advocates with a tremendous opportunity to ensure that transgender students are receiving the support they need. Trans rights are human rights, and everyone deserves to access their education freely.