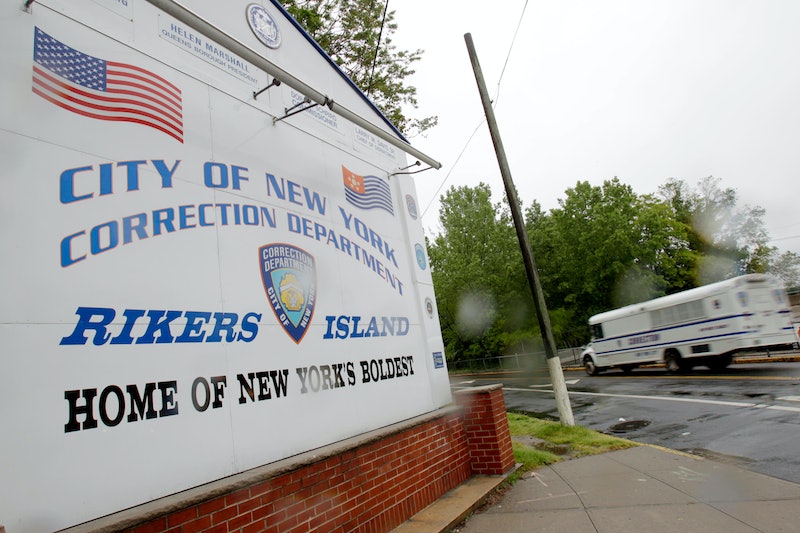 The latest in a string of recent deaths, Layleen Polanco, a transgender woman died in a Rikers Island jail cell last week, The Washington Post reports. Polanco, who was 27, had been held on misdemeanor charges for two months before she was reportedly found unresponsive in her cell on Friday. Her family is now demanding answers about the circumstances surrounding her death.

"We are heartbroken over the death of our beloved Layleen, whose bright light was an inspiration to all who knew her," Polanco's family said in a statement released through their lawyer David Shanies. "As we gather to mourn this tremendous loss, we are left shocked and outraged by the stony silence from the Department of Correction, Mayor’s Office, NYPD, and city government. The family demands answers, and we are entitled to them."

Polanco's family said she was placed in solitary confinement while being held at Rikers, according to ABC News. Many opponents to such holdings have condemned the practice as torture.

The City, a nonprofit news outlet in New York City, reports that Polanco was being held on $500 bail for prostitution and low-level drug possession charges at the time of her death. Those charges trace back to a 2017 arrest, the outlet reports. In the time lapsed since those charges were drawn against her, Polanco reportedly missed a court date, resulting in a warrant for her arrest.

"Ms. Polanco’s passing is a tragic reminder of the heightened risk and physical and emotional torture that transgender people — especially those from communities of color — face in the criminal legal system, particularly while in custody," The Legal Aid Society said in a statement, noting that she was a client. "Her heartbreaking and untimely death warrants a swift, complete, independent, and transparent investigation from the City."

The cause of death has not yet been determined, according to reports. In a statement, Department of Corrections said it's taking the "matter extremely seriously."

"The Department is investigating the tragic death of a transgender female detainee in our custody," the department said in a tweet. "We take this matter extremely seriously. We have so far determined the death was not the result of violence or foul play. We will share more information as we determine the cause."

Still, Polanco's family has said that not enough action has been taken. In the statement released through their lawyer, they demanded more answers.

"The City failed to protect Layleen, and now it is trying to sweep her death under the rug," Polanco's family said. "We will not allow it."

Polanco's sister, Melania G. Cubilette, started a GoFundMe following news of her sister's death. In the description, Cubilette wrote that Polanco was due to come home on June 13.

"We were notified yesterday that she was found dead in her cell with not much information," Cubilette wrote. "We will make sure her story is heard after we find out what happened."