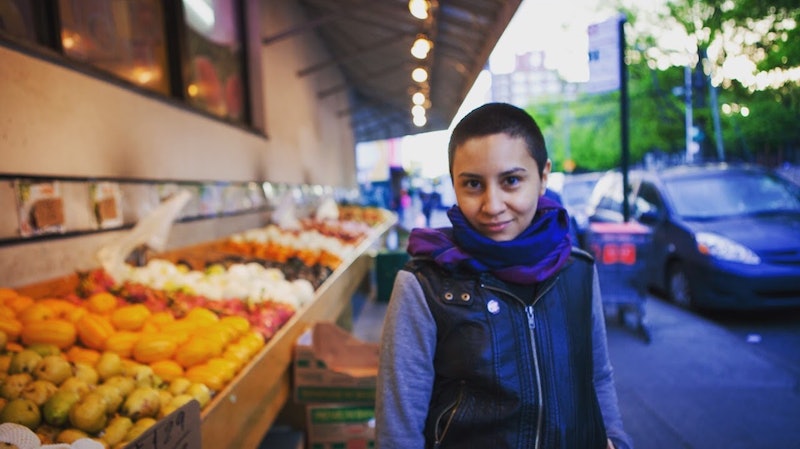 One function of travel writing is to make the reader feel like they're traveling with you, or so I've been taught repeatedly. But if the job of travel writers is to bring the faraway close up, I wonder why what ends up on the page often reads like a supercut of the full story, why a more complicated narrative has been ditched for the sake of spin. But that’s where travel memoir comes in. It's a project that allows a writer to reflect on how the journey has transformed them from the person they were at the beginning of their journey to the person they became at the end. In memoir, you must show up; it’s your job to unpack and lay out all the embarrassing baggage you carried with you to this destination.

Yet, travel writers lie without even realizing it.

"In memoir, you must show up; it’s your job to unpack and lay out all the embarrassing baggage you carried with you to this destination."

Travel writers lie when they center themselves in the story of a place knowing full well that as outsiders, they can count on employing a few tidbits readers will associate with the location and sprinkle in some musings about whatever they're wrestling with in their lives. Suddenly, without much work at all, the average white American is reading an exoticized version of a place they've never visited. Travel writers lie to themselves and their readers when they front like visiting a place makes them authorities on it, because the average white American doesn’t know many people from that place, but does have a few friends who went there once. They lie when they add a touch of self-deprecation to their stories, because humility seems smart in hindsight, and because all those people who witnessed them being annoying tourists are still in that place far away and can’t attest that these tourists haven’t learned sh*t. And too often, travel writers lie when they write like race, gender, and class are foreign concepts that exist outside of the scope of travel writing when they’re actually located at the heart of it. Travel writers habitually abuse the right to write about people and their lands and call it art.

Travel memoir is too often an exercise in flexing; it's a pissing contest for the privileged, which is no surprise given that it’s a genre established by wealthy white Westerners. As a reader of travel writing, it feels like watching a dinner party where white people tipsily exaggerate their adventures abroad to one another from the kitchen while the doors swing in my face. With such a limited scope and uniform narrators — a generator of lazy storytelling — non-normative writers needn’t apply critical thought to their own additions to the canon. They can just replicate the same tired narrative because parsing through the coloniality embedded into this script would be too real, and besides, is there any money to be made from that? This genre tends to make liars of us all. So how would my travel memoir differ from this rubric? Well, welcome to my kitchen. Have a seat.

"Travel writers habitually abuse the right to write about people and their lands and call it art."

To me, an honest narrator is a nervous one, and when I write, my hand shakes. It’s taken me almost 10 years to write a book because I craft paragraphs like each letter is a grain of sand in a f*cking mandala and the days just get windier. But it’s not just because I’m slow; I don’t have the privilege of not being intentional. As loud and proud as I am in these streets, I’m still internalizing all the lies this society passes as natural law, a productivity killer for the marginalized. And since there’s no easy way to avoid this, I center that conversation in my work. I try to identify the colonizer in my writing in an attempt to reach a deeper truth about how I move about the world, because from a different perspective, I have the normative voice, and I’d be a liar, and thus, a sh*tty writer, if I didn’t acknowledge that.

"To me, an honest narrator is a nervous one, and when I write, my hand shakes."

Truth is, I have no secret life hack to avoid writing problematic stuff, can’t say that I’m always radically honest. What I know is that being aware of what I don’t want to do in my writing isn’t simply a matter of avoiding certain terms and tropes, but an understanding that opens up the possibilities for what non-normative voices can do with this genre. There’s so much revolutionary potential in writing stories about what is lost and gained in the process of migration to adhere to outdated story structures that deny the depth and complexity of our experiences. I think the way to write decolonized travel narratives is to pursue our truths, the truth, so doggedly that it leads us off the path of tradition and into terra incognita. From there, the sky’s the limit.