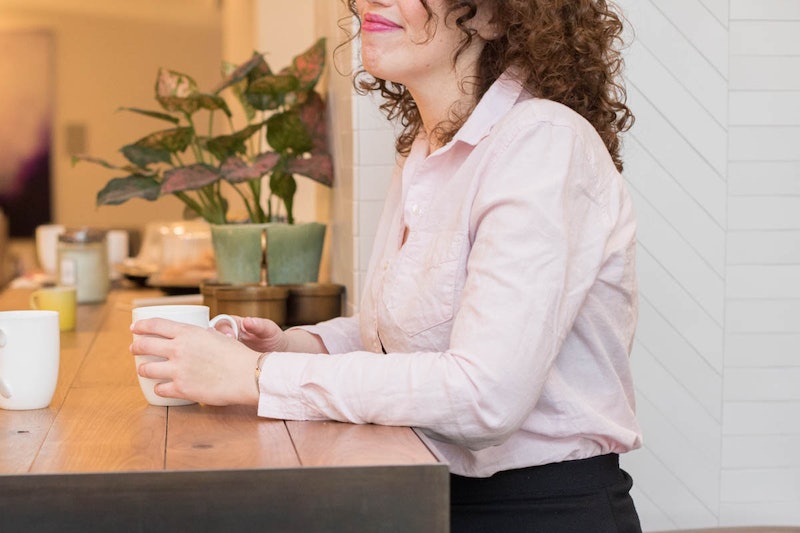 Mental illness is a global health issue that experts say has reached epidemic proportions. According to the World Health Organization, nearly one in four people are affected by some kind of mental health disorder, and depression is the leading cause of disability worldwide. Mental health issues have a widespread impact— not only on people who live with mental health issues and their families, but also on world economies. According to a new study, treating mental illness could benefit the economy in an unexpected way — it's really, really, good for it.

While the positive impact on the economy could be huge — CNBC totaled the potential benefit in the "billions" — it's important not to quantify people based on their workplace productivity. Treating mental illness is an important, positive thing, no matter how else it impacts our society.

The policy report was originally published by the Global Happiness Council (GHC) on Feb. 10, as part of the World Government Summit. The massive, 264-page study was a collaborative effort between researchers, doctors, and psychiatrists from across the world. Unsurprisingly, the GHC study revealed that mental illness — or more accurately, a lack of proper and accessible mental health care for mentally ill people — has taken its toll on the world economy. “Mental illness causes nearly fifty percent of registered disability in OECD countries, and worldwide it accounts for a third of all disability. This alone reduces GDP [gross domestic product] by roughly two percent,” reads the report. Furthermore, the researchers found work days missed due to mental illness also contributed to a percentage point drop in GDP, and loss of productivity while at work lowered the GDP yet another one percent. And while 4 percent may seem minute, it translates to hundred of billions of dollars lost worldwide.

Though expanding mental health care treatment may seem costly upfront, the GHC study revealed that treating mental illness actually saves billions of dollars of money in the long run due to an increase of workplace productivity — making the cost of treatment virtually nothing. “People who are mentally ill become seriously unproductive,” wrote the researchers. “So when they are successfully treated, there are substantial gains in output. And these gains exceed the cost of therapy and medication."

The report not only focuses on the positive impact that treating mental illness has on the economy, but how it can overall improve the world’s happiness and wellness. “Reducing mental illness is one of the key ways to increase the happiness of the world. The first is to ensure that people with mental illness get treated using the many evidence-based forms of treatment that are available. The second is to use all possible avenues (and especially schools) to help people develop the skills that buffer against mental illness,” wrote the GHC researchers in the report.

The economic benefits of treating people with mental health disorders is definitely a plus, but it is crucial to note that a disabled person’s value should not be determined by their productivity or workplace contributions. The main priority of increasing accessible and proper mental health care should always be about ensuring mentally ill people have the best quality of life possible, despite their disability.

Mental illness is an invisible disability, and those who suffer from mental health issues deserve access to treatment no matter how it impacts the people around them. Simply put, making mental health care accessible to everyone who needs it is not only better for the health and wellness of an individual and community, but employers and companies also reap the economic benefits of having healthy employees.