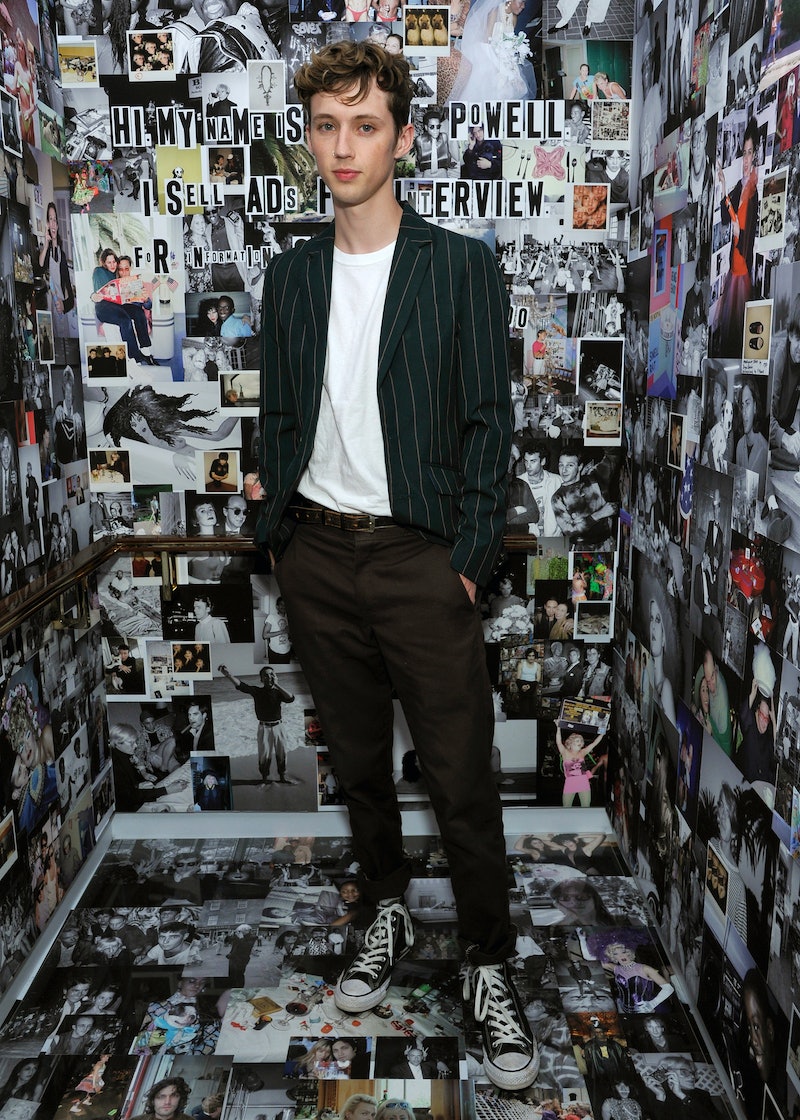 Most fans want to know everything about their favorite celebrities, but even the most die-hard fanatics know there are some questions you just don't ask. Singer Troye Sivan definitely felt that boundary was broken recently, and he's not staying silent about it. According to BuzzFeed, Troye Sivan called out an inappropriate question he was asked about his sexuality in an interview with reporter Matt Fistonich, published by New Zealand's Express magazine. And his comments make an important point about the level of privacy, or lack thereof, society gives certain public figures.

During the interview, the singer was asked a number of personal questions, including if he follows "Instagram thirst traps." He was also asked whether he'd receive a "hall pass" to be with his celebrity crush, Shawn Mendes. While certainly not the most invasive, these questions were arguably flirtatious in nature, had nothing to do with his career, and seemed to be as a predictable warm-up for the reporter's final inappropriate query, which asked specifically about Sivan's sex life.

The article included a round of quick-fire questions, which concluded with the singer being asked, "Top or bottom?," referring to his preferred sex position. Sivan kept himself composed, politely saying, "Ooo...definitely passing!" But when one of his fans found the interview and posted it on Twitter, saying "Who's this interviewer the bar is on the floor," Sivan spoke out about just how invasive the moment was. (Bustle reached out to Matt Fistonich at Express Magazine for comment, but did not receive an immediate response.)

"I thought about asking the interviewer about his absolute fave sex position after that last question, but then I remembered how wildly invasive, strange and inappropriate that would be," Sivan explained in a tweet on Wednesday, Aug. 28. "Didn’t stop him though!" Fans quickly reacted with fury and criticism on Twitter, which made Sivan joke, "Next time I’ll just do a Twitter q&a."

The question is especially frustrating because, as a gay artist, Sivan has been subject to that line of inquiry before, and he's explained why he doesn't want to answer that question. The title track of his 2018 album Bloom was written about a specific sexual experience, but despite being so open about his feelings through song, Sivan has spoken about why he won't label himself with a preferred sexual position or role.

In a 2018 interview with Them, he said calling himself a top or a bottom would be "completely reductive." "Without getting into like any sort of details whatsoever, that was a song I wrote about a particular experience," he explained. "I’m not branding that as myself forever. It was definitely just writing a song."

Sivan may be a public figure, and he might write about sex in his music, but that doesn't mean he should be subject to such invasive questions. As Sivan explained in a follow up tweet thread on Thursday, Aug. 29, "I speak about sex in my music on my terms, when I'm in control... That does not open the flood gates + give anyone a pass on basic manners."

The singer also noted on Thursday that most straight male artists would likely not be subjected to these types of questions. "I highly doubt anyone would ask any of my straight peers explicit questions about who does what to who in their relationship, no matter the content of their music," he wrote in part, responding to an article from Out Magazine.

Sivan's experience is a strong reminder that celebrities are still entitled to a right of privacy, despite their heavily public careers. If the average person were unwillingly subjected to this question in the workplace, it could constitute as sexual harassment. And celebrities should not be exempt from deserving this basic level of decency just because they offer up some of their personal lives to the public.