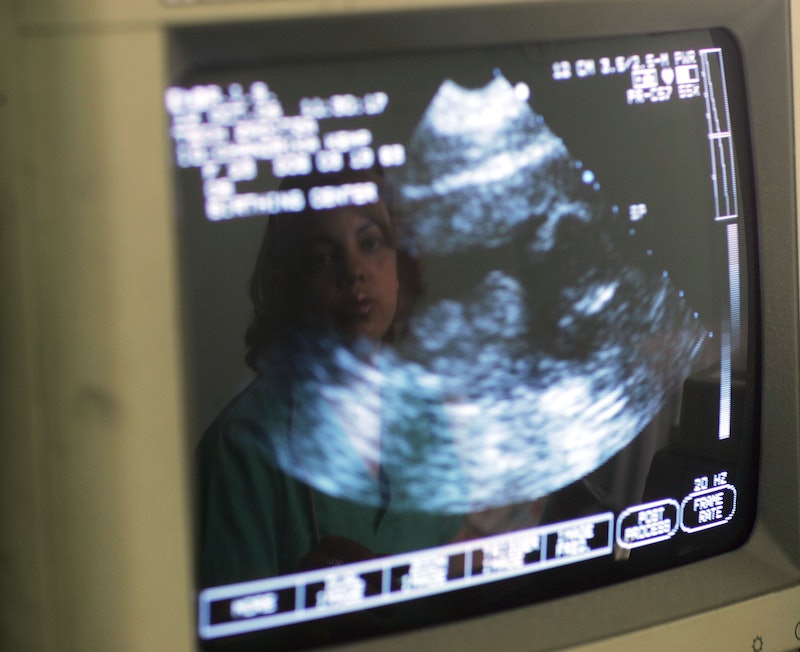 The Trump administration is slashing millions from teen pregnancy prevention program and research funding, in a move that will see 81 institutions spread across the country lose out on two years' worth of funding, according to an exclusive report from The Center for Investigative Reporting. Along with potentially having major repercussions for teens around the country, Trump's recent cuts could have a major impact on the nation's teen pregnancy rate, which continues to remain higher than those of many other developed nations.

According to Reveal, the publication from the nonprofit investigative journalism organization, 81 institutions recently received a letter from the federal Office of Adolescent Health notifying them that the five-year grants they were awarded in 2015 by the Obama administration would be cut by two years' worth of funding. "This award also shortens the project period to end June 30, 2018, at the end of this budget year," Reveal reported the annual grant letter said. Previous award letters had reportedly noted the end of the grant period as June 30, 2020. According to Reveal, the cuts amount to $213.6 million.

Originally, the Obama administration had awarded the grants for the purpose of funding research into scientifically proven methods of reducing the rate of unwanted teenage pregnancy. According to the Centers for Disease Control and Prevention, the country's teen birth rate dropped 8 percent in 2015 to hit a record low of 22.3 births per 1,000 women aged 15 to 19.

While it's not completely clear what has helped bring the U.S. teen pregnancy rate down, the CDC says "evidence suggests" the decline is due in part to more sexually active teens using birth control and more teens abstaining from sex altogether. "Still, the U.S. teen pregnancy rate is substantially higher than in other western industrialized nations," the CDC notes on its website, meaning there's still more room for improvement.

But officials behind some of the programs and research initiatives being shortchanged told Reveal they worried the Trump administration's decision to slash funding would leave them without the resources to analyze the data they've collected in the last two years, effectively making their projects relatively useless.

Jennifer Hettema, an associate research professor at the University of New Mexico's Department of Family and Community Medicine, described the cuts to Reveal as "kind of like building half a skyscraper and then saying, 'Never mind.'"

Hettema leads a program researching effective ways of bridging communication about preventing teen pregnancy between doctors and Latino and Native American teens. According to the CDC, both groups have higher teen birth rates than non-Hispanic white teens — more than two times higher for Hispanic teens, and more than one and a half times higher for American Indian/Alaska Native teens.

"There are thousands of health care providers in this country who are winging it in terms of how to talk to teens about unintended pregnancies," Hattema told Reveal. But while her research could have proven quite valuable, the Trump administration's cut in funding might mean cutting short analysis that could pinpoint more effective means of communication.

Other groups being impacted by the unexpected grant cut include clinics for STI testing, programs to increase teens' and parents' access to sex-education resources, as well as outreach and research initiatives. As Reveal reported, these include:

...the Choctaw Nation’s efforts to combat teen pregnancy in Oklahoma, Johns Hopkins’ work with adolescent Apaches in Arizona, the University of Texas’ guidance for youth in foster care, the Chicago Department of Public Health’s counseling and testing for sexually transmitted infections and the University of Southern California’s workshops for teaching parents how to talk to middle school kids about delaying sexual activity.

The cuts to teen pregnancy prevention program and research funding appear to be further evidence of the Trump administration's move toward abstinence-only policies. In June, Trump appointed Valerie Huber, a staunch abstinence-only education advocate, to be chief of staff to the assistant secretary for health at the Department of Health and Human Services.

Many argue abstinence-only programs aren't effective and worry the Trump administration's effort to cut off funding for teen pregnancy prevention programs, combined with Republicans' efforts to slash Medicaid and defund Planned Parenthood, will result in the country's teen pregnancy rate rising rather than falling.