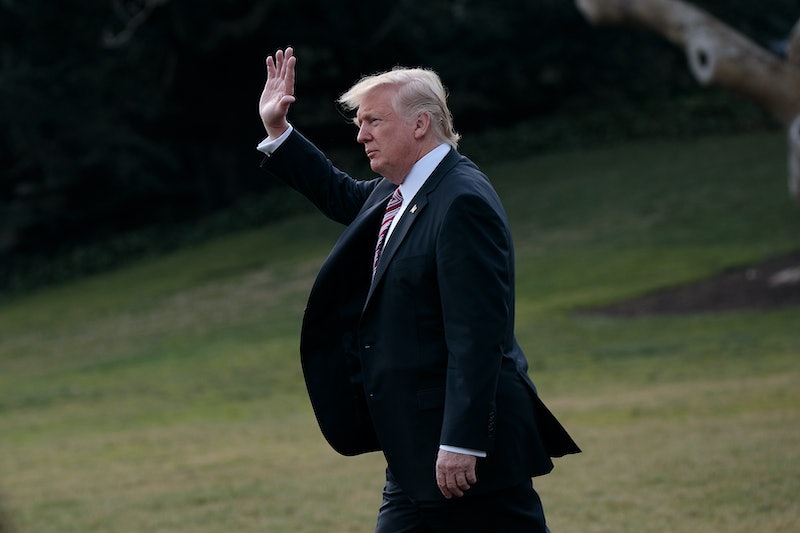 The guidelines that the Trump administration is rescinding were established by the Obama administration last May. They instructed schools to allow transgender students to use the bathroom of their choice, citing Title IX, the federal law prohibiting gender discrimination in schools, as the legal basis for their development. While not legally binding themselves, the guidelines were strongly encouraged during the Obama administration and public schools were warned that they could lose federal funding if they did not implement them.

The announcement regarding withdrawal of the guidelines came via a "Dear Colleague" letter jointly developed by the Department of Justice and the Department of Education to inform public schools of the change in "statements of policy and guidance." The letter stated that the Trump administration chose to withdraw the guidelines because it felt they did not, "contain extensive legal analysis or explain how the position is consistent with the express language of Title IX, nor did they undergo any formal public process."

The right to use the bathroom associated with one's chosen gender identity has long been an important component of the trans rights movement. Transgender advocates assert that public bathroom access is an identity and inclusivity issue. They also believe that open bathroom access is a safety issue and that it helps ensure that transgender individuals are not harassed when using the restroom of their choice.

Opponents of transgender bathroom protections have argued that individuals should use bathrooms that correspond with their sex in order to protect people's "right to privacy." Some opponents have also asserted that allowing female-identifying individuals born with male sex organs into women's restrooms poses a "threat to women."

Interestingly, Donald Trump has seemingly previously supported transgender bathroom protections. In April 2016, when discussing the passage of North Carolina's controversial "bathroom bill" that prevented individuals from using the bathroom of their choice, Trump agreed that the state should have left its laws alone and not introduced new bathroom regulations. In bolstering his opinions, Trump stated, "There have been very few complaints the way it is. People go. They use the bathroom that they feel is appropriate ... There has been so little trouble."

Furthermore, during his presidential campaign, Trump also specifically spoke in favor of transgender students' bathroom access rights, to which the guidelines that were rescinded on Wednesday particularly refer. However, according to BBC News, Trump changed his stance during the campaign after facing pressure from the Republican party.

Overall, the Trump administration's rescinding of transgender bathroom access guidelines for public schools is a very unfortunate step backwards for trans rights. Considering the President's history of statements that seemingly lie contrary to the rescinding of guidelines today, one wonders if enough pressure from transgender activists will encourage the Trump and his administration to change its mind and reinstate transgender bathroom protections.