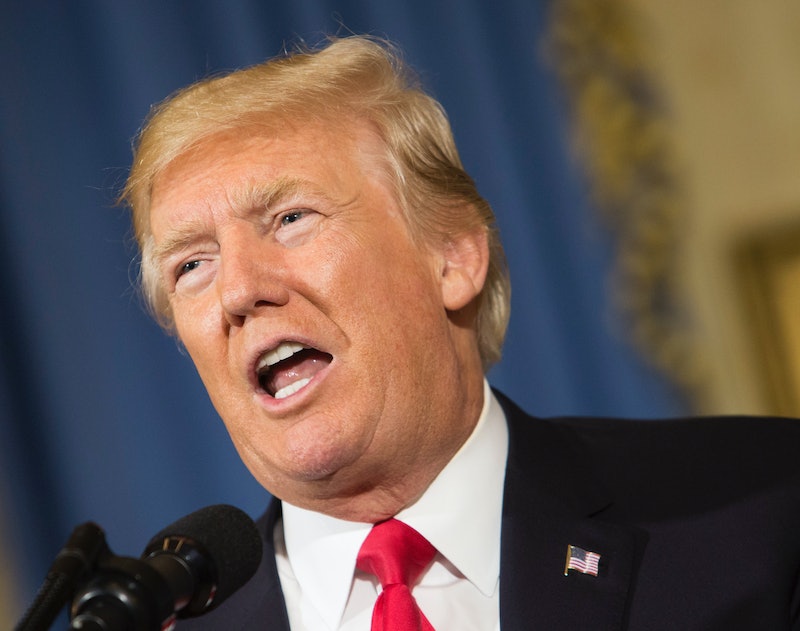 At the Boy Scouts Jamboree on Monday night, President Trump took the stage to deliver a rambling half-hour speech to thousands of assembled Boy Scouts. Intended to be a speech about honor and morality, the address was a mishmash of gratuitous stories, boasting, and criticism of Washington, Obama, Hillary Clinton, and "fake news." Thus, a million memes about Trump's Boy Scouts speech were born.

The irony is glaring: Trump was intended to give an inspiring and nonpartisan speech about honor and valor to a group of young and impressionable Americans. (Of course, the Boy Scouts has held tight to its notorious anti-gay and anti-trans stances in the past, so you could argue that the organization is partisan by nature.) Instead, Trump delivered a monologue that contradicted the organization's values of honesty, loyalty, and honor. He not only openly mocked Congress — and, at times, members of his own administration — but previous presidents and presidential candidates, like Obama and Clinton. He recounted in joyous detail his crushing election victory of November 9, thanked the Scouts for voting for him (since they are children, they did not), and gleefully took jabs at anybody and everybody who had ever doubted him.

On Tuesday morning, the Boy Scouts released a statement:

The damage was done. Memes and jokes aplenty were already making the rounds. Such as...

About All That Cheering...

A Trip Down Memory Lane

Yet Another Badge Suggestion