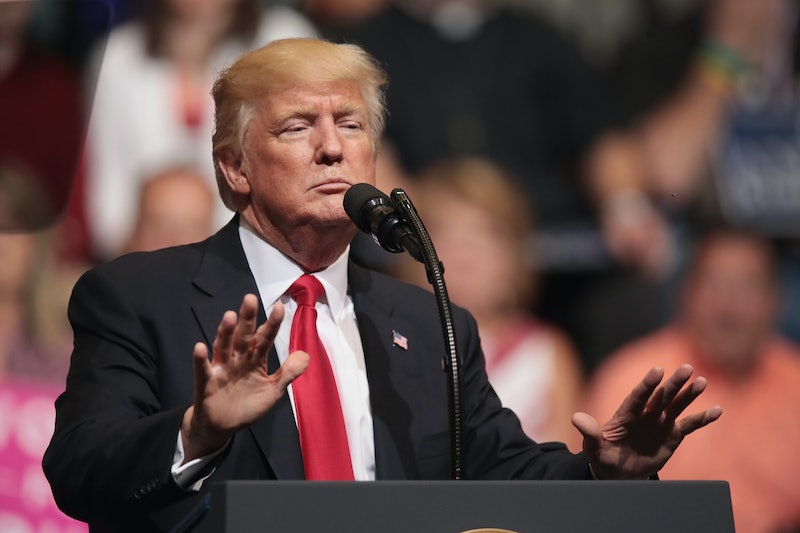 The White House issued a short official statement after the Supreme Court agreed to hear the travel ban case when they start their new term in October. The Trump administration had also requested a stay on the injunctions on the ban issued by the lower courts, which it received to a limited extent. While the latest version of the ban will not apply in full, it will ban citizens from six nations — Syria, Iran, Yemen, Libya, Somalia, and Sudan — from entering the U.S. unless they have a "bona fide relationship" with a U.S. person or entity.

In his statement, President Trump said that the "unanimous Supreme Court decision" was "a clear victory for our national security." He emphasized the national security rationale for the original travel ban, saying that he "cannot allow people into our country who want to do us harm" and that his "number one responsibility as Commander in Chief is to keep the American people safe."

Trump also mentioned the unanimous nature of the decision to hear the case twice, mentioning it in the first line and then saying at the end of the statement that he was "particularly gratified that the Supreme Court's decision was 9-0."

It must be noted, however, that the Court has not yet ruled on the constitutionality of the travel ban; they have only agreed to hear the case and then make that decision in the fall.

Also in his statement, Trump called the ban "an important tool for protecting our Nation's homeland." Although he presents it as fact, this is actually quite a contested concept. A number of high-profile officials from the sphere of national security have claimed that the travel ban will not make the country any safer, and could in fact have the opposite effect. A leaked Department of Homeland Security document also supported that claim, saying that radicalized extremists who want to carry out attacks in the U.S. mostly become radicalized only after spending several years in the country.

The way it stands right now, citizens from those six aforementioned countries will be banned from entering the U.S. for 90 days unless they have an established relationship with an American person or entity. The travel ban's 120-day ban on refugees will also stand for now.

But even with the exception put forward by the U.S., President Trump makes it clear in his statement that he considers this to be a significant victory.