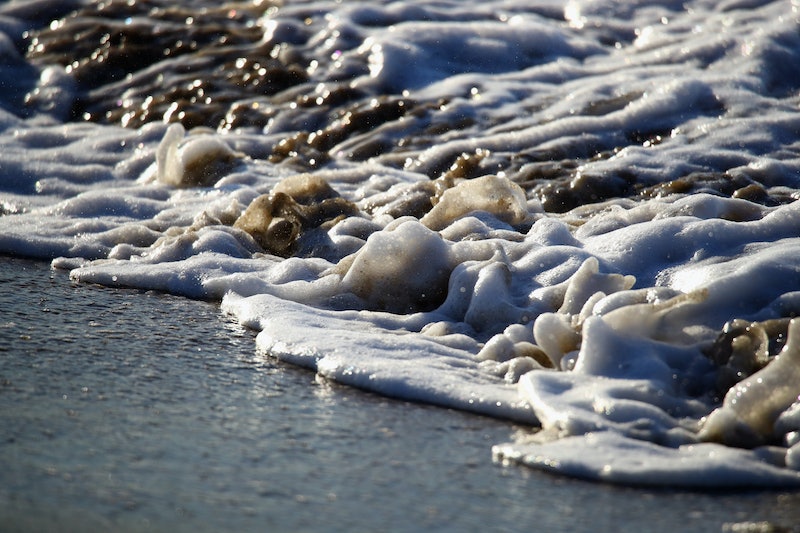 Rather than vowing to preserve America's oceans and outdoors as Presidents George W. Bush and Obama did, President Donald Trump has chosen to recognize June in a different way. On Wednesday, he called to expand offshore drilling for National Ocean Month.

Trump indeed declared June Great Outdoors Month and National Ocean Month, but his statement to "harness the seas for our national security and prosperity" and further utilize "offshore areas" goes against the intended meaning of the month, during which Bush and Obama called to protect wildlife and marine biology. It's a bit ironic that Trump chose to honor June with National Ocean Month and Great Outdoors Month considering he has long taken a controversial stance on climate change and the environment. Despite science, experts, and even Pope Francis pointing him in the direction of addressing climate change, Trump hasn't met expectations. In fact, he's even considering pulling out from the Paris climate agreement, and plans to announce his decision Thursday afternoon.

Many have warned Trump about the potential harm of pulling out of the Paris Accord. If he goes through with it, the United States would be one of only three countries included in the U.N. climate group to oppose the deal. The other two countries are Nigeria, which thinks the agreement doesn't go far enough in addressing climate change, and Syria, which has undergone civil war for the last six years. Tesla CEO Elon Musk has even threatened to leave Trump's economic and manufacturing advisory groups if the president does decide to take the country out of the agreement.

Trump's decision about the climate agreement will have a great effect on America's outdoors and oceans, as well as the world's climate, so it looks very contradictory to talk about celebrating them when his actions are actually threatening them. The United States is second in most carbon emissions worldwide. Pulling out of the Paris agreement would make it much harder for the rest of the countries to limit carbon emissions and slow climate change.

Furthermore, at the end of April, Trump issued an executive order that would expand offshore drilling. Trump ordered Interior Secretary Ryan Zinke to revise a plan to auction offshore drilling rights and potentially include previously banned territory. In addition, he ordered a reversal Obama's decision to not lease some Arctic and Atlantic Ocean waters. According to Bloomberg, the safeguards were put in place by the Obama administration following the Deepwater Horizon oil spill and were meant to prevent a similar situation from occurring again.

If Trump decides to pull out of the Paris agreement, and continues to explore and open up offshore drilling, it will completely contradict the premise of National Ocean Month and Great Outdoors Month.