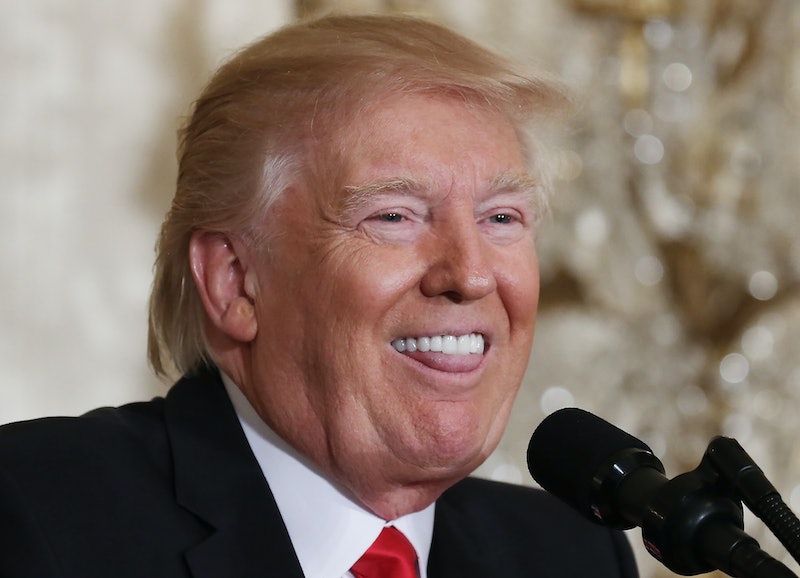 The Associated Press reported Friday morning that the Trump administration is considering using military force to "round up unauthorized immigrants." The details of the potential deployment were included in an 11-page draft memo obtained by the AP, which may or may not turn into an executive order at some time in the future. The memo states that as many as 100,000 National Guard members could be deployed across much of the Southwest and Northwest, including four states that border Mexico: Arizona, California, New Mexico, and Texas. This use of military force would be unprecedented in the 21st Century — the deployment would be one of the most significant military actions on United States soil since the Civil War.

According to the AP, 11 states are mentioned in the memo for potential Guard deployment, though the other seven were not specified. The proposed deportation force would expand as far east as New Orleans, Louisiana and as far north as Portland, Oregon. However, governors would have the final approval, which likely means about half the states would reject the measure. Politicians in California and New Mexico in particular have been vocally supportive of their immigrant residents, and Oregon governor Kate Brown issued an executive order earlier this month opposing Trump's Muslim-related immigration proposals. Approximately 2.3 million undocumented immigrants live in California, so without approval from the governor for the deployment, the deportation force's purpose would be largely unmet.

Another potential shortfall of Trump's reported plan is the cost. A deployment of this magnitude could run the country hundreds of millions of dollars and produce relatively few tangible results, which both Republican and Democratic politicians could oppose. Trump's Southern border wall has met opposition within his own party from fiscal hawks who argue the funds could be better spent elsewhere, and the same critique could apply to the proposed deportation force.

The report also foreshadows the next step in a trouble series of decisions by the White House to expand executive power. Trump's Muslim travel ban is currently being argued in court for its constitutionality, and ethics watchdogs have been up in arms about senior advisor Steve Bannon's appointment to the National Security Council. The use of internal military force is a classic hallmark of escalating authoritarian regimes, and it's not too much of a historical jump to say that laws punishing American citizens for resisting the deportation force could be rounded up too.

Buzzfeed News obtained a statement from the National Guard Bureau that denies any orders from the White House as of yet. "The National Guard Bureau is aware of reports in the media regarding a proposal to activate 100,000 troops to support immigration missions. However, we have received no official notification to execute activations at this time," spokesperson Lynn Kirby told Buzzfeed.

The National Guard Bureau's statement does not mean a deployment order from Trump is not coming soon, though one mid-level source inside the White House refuted the claim. Michael C. Short, a senior assistant press secretary, refuted the AP's story via Twitter with a simple statement: "Not true." Otherwise, the administration has not officially commented on the story. According to the AP, Trump had personally signed the memo.