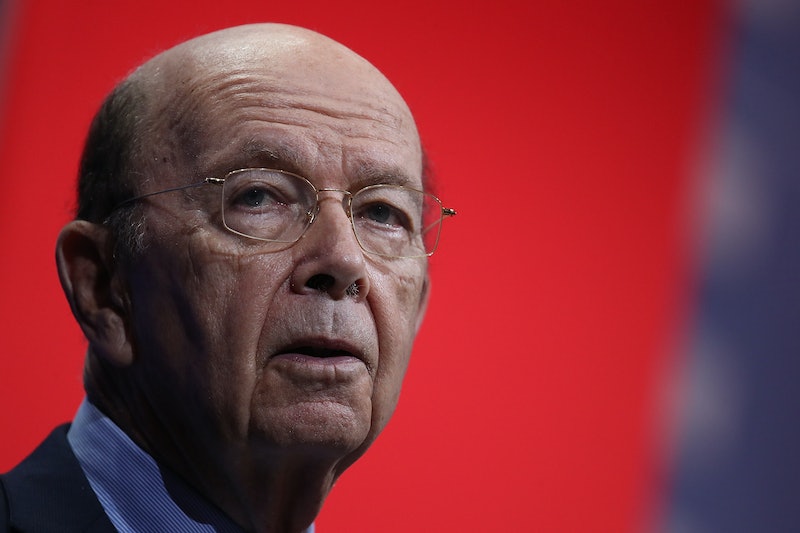 Federal workers are facing significant financial hardships from to the government shutdown, which has deprived 800,000 Americans of their paychecks and resulted in some employees going to homeless shelters for food. But in an interview Thursday, Secretary of Commerce Wilbur Ross said that furloughed workers who aren't being paid should simply take out loans to cover basic living necessities, and expressed bewilderment that they aren't already doing so.

"First of all, the banks and the credit unions should be making credit available to [federal workers]," Ross said. "Now, true, the people might have to pay a little bit of interest. But the idea that it's paycheck or zero is not a really valid idea. There's no reason why some institution wouldn't be willing to lend."

Ross argued that, because Trump has signed a bill guaranteeing backpay to federal workers who haven't been sent paychecks, any loans those workers obtained would be "basically government-guaranteed." But that bill wouldn't cover interest payments on any loans workers take out — and because the shutdown could easily last for months or longer, that interest could add up very quickly.

Nevertheless, Ross claimed that there "really is not a good excuse why there really should be a liquidity crisis," and expressed bewilderment at reports that federal workers have been going to homeless shelters to get food on account of the shutdown.

"Well, I know they are [going to homeless shelters to get food], and I don't really quite understand why," Ross said. "As I mentioned before, the obligations that they would undertake — say, borrowing from a bank or a credit union, are, in effect, federally-guaranteed. So the 30 days of pay that some people will be out — there's no real reason why they shouldn't be able to get a loan against it."

CNBC also asked Ross about the dire statement that air traffic controllers and pilots unions put out on Wednesday, warning that because of the shutdown, "we cannot even calculate the level of risk currently at play, nor predict the point at which the entire system will break."

Ross didn't address the safety concerns, but said that "it's kind of disappointing that the air traffic controllers are calling in sick in pretty large numbers." (This isn't quite accurate; TSA employees have reportedly been calling in sick, but the National Air Traffic Controllers Association told the Daily Beast on Jan. 11 that "we're not seeing any unusual increase in sick leave" among air traffic controllers.)

Nevertheless, host Andrew Ross Sorkin pointed out that many of the air traffic controllers "can't support their families" because they rely on their paychecks. Ross countered that "they are eventually going to be paid."

He also argued that the government shutdown isn't terribly worrisome from an economic perspective.

But of course, while one-third of a percent of GDP may not be a "gigantic number" to a macroeconomic analyst, 100 percent of a paycheck is certainly a gigantic number for the federal worker who isn't getting that paycheck.

Twitter widely derided Ross's comments as out of touch, with one user setting the audio from his interview to a video clip of Mr. Burns from The Simpsons.