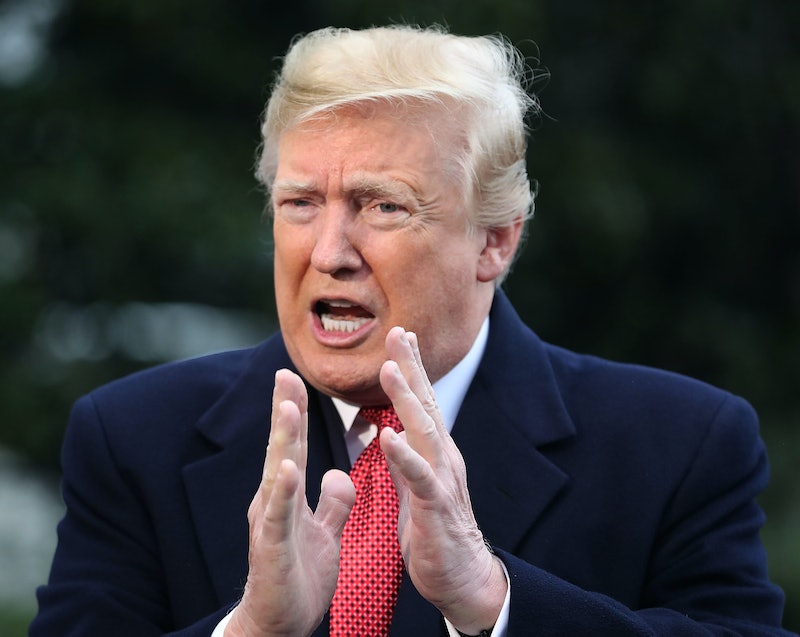 After the White House opted to revoke Jim Acosta's press credentials last week, President Trump has received a barrage of criticism from journalists and others who see the move as limiting the free press. The backlash culminated in a lawsuit filed on Tuesday, which alleges that Acosta's First and Fifth Amendment rights were violated. Trump responded to CNN's lawsuit against him by doubling down on his decision, insisting that the administration has the power to pick and choose which journalists it provides with credentials.

Judge Timothy J. Kelly presided over a hearing for both sides in federal court on Wednesday afternoon. Kelly, a Trump appointee, said he would deliver a ruling by Thursday.

CNN's motion pushes for a temporary restraining order that would allow Acosta to get his press credentials back immediately while both sides wait for a trial date. They are also reportedly hoping to have the judge declare the move unconstitutional. Revoking a journalist's press pass is unprecedented, according to CNN, and having the decision ruled unconstitutional could set a precedent to protect other White House reporters in the future.

Past presidential administrations have typically granted press passes to large news organizations like CNN as well to smaller, less-mainstream outlets, reports CNN. The First Amendment explicitly guarantees a free press, meaning that it is unconstitutional for the White House to bar a journalist because they don't like the questions being asked, or the viewpoint of the journalist's outlet. However, according to The Washington Post, on rare occasions, the White House can ban a reporter for consistently presenting themselves as a threat to the people around them.

Acosta and Trump have had a tense — bordering on combative — relationship for months, but it came to a breaking point last Wednesday during the president's post-election press conference. Acosta asked about the migrant caravan traveling toward the southern border, as well as the Russia investigation. In response, Trump interrupted him with sarcastic comments, criticized Acosta personally on his job performance, and called him a "rude, terrible person."

At one point while Acosta was about to ask his second question — typically reporters ask one question and then a follow-up — a White House aide came to physically remove the microphone from Acosta's hand. "Pardon me, ma'am," Acosta said, moving his other arm to hold the microphone with both hands.

Initially, press secretary Sarah Sanders cited the incident with the aide as the reason for revoking Acosta's credentials, tweeting that he had "[placed] his hands" on the aide, who was "just trying to do her job." She also included a video of the incident — later determined to be a doctored version produced by Infowars — showing Acosta "hitting" the aide's arm with his. To be clear, that never occurred.

Later, Sanders changed course, arguing that Acosta's pass was revoked because he repeatedly refuses to yield his time to other reporters. The new explanation doesn't exactly describe Acosta as an imminent threat to others, but CNN will still have to wait for Thursday's ruling to see whether he will be allowed back inside the White House.