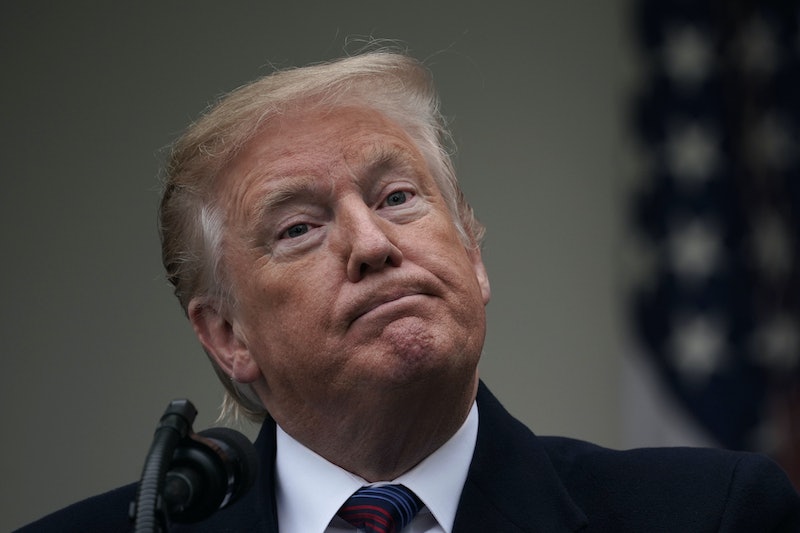 Thanks to the ongoing partial government shutdown, hundreds of thousands of federal workers have been furloughed or forced to work without pay. Without a paycheck, many of them are left unable to pay important bills or purchase necessary groceries. Now, the man who owns a three-story penthouse apartment lavishly decorated with 24-karat gold and marble accents says he understands their pain. While speaking to reporters Sunday, President Donald Trump said he can "relate" to unpaid federal workers.

"I can relate," Trump told NBC News' Kelly O'Donnell on Sunday when asked if he could relate to the pain of federal workers left unable to pay their bills because of the shutdown. "I'm sure that the people that are on the receiving end will make adjustments, they always do, and they'll make adjustments."

The president went on to claim that, "People understand exactly what's going on." He then went on further to claim that many unpaid federal workers agreed with his decision to refuse to sign a spending deal that failed to include the billions of dollars in funding he'd demanded for a border wall. "Many of those people that won't be receiving a paycheck, many of those people agree 100 percent with what I'm doing," Trump told O'Donnell.

Now might be a good time to remind you that Trump's Trump Tower penthouse — which features multiple massive chandeliers, marble columns, and gold accents on everything from the ceiling to the crown molding to even the drinking glasses — was reported to be valued at $100 million in 2016 by Travel and Leisure magazine.

Indeed not everyone was sold on Trump's claim that he could "relate" to federal employees who, because of the partial government shutdown, are unable to make ends meet without a paycheck. "How can the president say he can relate to those working w/o pay for the federal government and claim that they'll 'adjust' to missed paychecks?" CNN's national security analyst Sam Vinograd tweeted. "Based on the emoluments cases against him, he's getting extra money while working for the government, not less."

Others argued the president was being creative with his interpretation of the question. "@realDonaldTrump is half right," Andy Ostroy tweeted. "He can definitely relate to not paying his bills. The thousands of lawsuits by stiffed vendors prove that. But, there's no 'pain' felt."

Funding for several major federal agencies lapsed at midnight on Dec. 22 after Trump and Congress failed to agree on a spending bill that would have allowed every government agency to keep the lights on. As the shutdown moves into its 16th day Sunday, they appear no closer to a deal. While congressional Democrats have agreed to allocate $1.3 billion for border security, Trump has demanded $5 billion for a border wall Democrats believe to be an "ineffective" solution to border security.

The president has yet to provide evidence to support his claim that "many" furloughed or unpaid federal workers "100 percent support" his refusal to re-open the government until he receives his border wall funding.