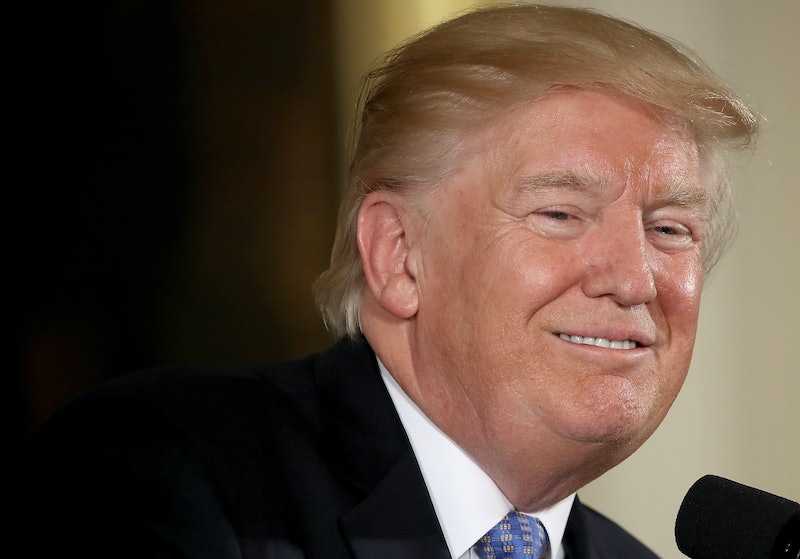 President Trump has been attacking leakers left and right since his presidency started, but evidently not all leaks are created equal. Some of the leaks, he is downright happy about. When asked about leaks at a press conference Thursday, Trump blasted those that come from intelligence and other departments, yet praised those coming from the White House. According to the president, Trump's staff is leaking to compete for his love.

This unusual take on leaks from the West Wing was shared as part of Thursday's press conference outside the Trump golf resort in Bedford, New Jersey, where Trump is taking a 17-day vacation. He spoke with reporters on a number of issues including Putin, North Korea, and the Russia investigation. But with so many topics covered, this one explanation on leaks has escaped most of the mainstream media. Ray Locker, a reporter for USA Today, tweeted it out.

Trump talked first about the different kind of leaks. "You have two leaks. You have leaks coming out of intelligence and various departments having to do with Syria, having to do with all sorts of different places, having frankly to do with North Korea," Trump said, adding a dramatic tone to his voice for the country with which he is involved in a nuclear bravado contest. "Those are very serious."

But then there's the other kind of leak, evidently the good, "love" kind. "Then you have the leaks where people want to love me, and they're all fighting for love," the president said. "Those are not very important, but we certainly don't like them. Those are little inner-White House leaks. They're not very important, but... actually, I'm somewhat honored by them." Honored by the fact that his aids are essentially "fighting for love" among themselves.

Then he went back to the "other" kind of leaks, "leaks that the attorney general is looking at very strongly," he added. Jeff Sessions, very recently on the outs with the president, announced a week ago that he has tripled the number of leak investigations that were seen under the Obama Administration.

Sessions also promised to press criminal charges. "I strongly agree with the president and condemn in the strongest terms the staggering number of leaks undermining the ability of our government to protect this country," he said at a press conference last Friday. Trump had previously expressed disappointment — just weeks prior — that the attorney general had not been more aggressive on leaks.

Ultimately, though, it's just the serious leaks that he's worried about, those affecting the "security and national security of our country," as he put it Thursday. In his mind, those can only come from outside the White House.

As a final aside, Scaramucci, the once promised leak killer must be rolling over in the unemployment office hearing the president be so blasé about White House leaks. It's all "love," after all.