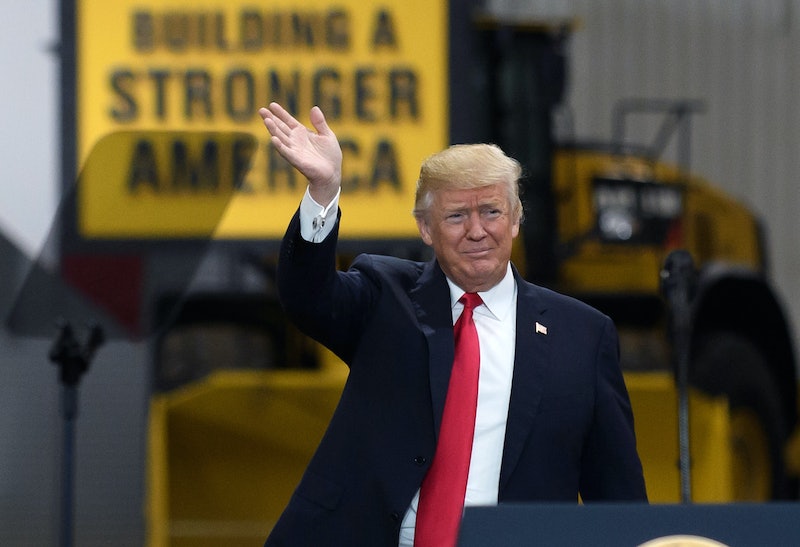 The remark spurred a lot of controversy and scrutiny on social media, as many people were seemingly taken aback that the president of the United States appeared unsure or unaware of the difference between community colleges and vocational schools.

Vocational schools, also often referred to as trade schools, are dedicated to providing technical and hands-on education to prepare students for a given job or career ― like, say, becoming an electrician, a mechanic, or an engineer.

Community colleges, on the other hand, are institutions that offer the same kinds of courses a four-year college might, albeit at a lower-cost. Almost all community colleges in the United States are also open-access institutions, meaning anyone who applies can take a course or work toward a degree, unlike the hyper-competitive acceptance process of the nation's premier four-year universities.

The remark came amid a wide-ranging speech, as The Washington Post noted. Trump also talked about North Korea, old roads and bridges in need of repair, and even the debut of ABC's rebooted sitcom Roseanne. But the community college moment really caught a lot of people's ears.

Trump, who attended and graduated from the Wharton School of the University of Pennsylvania, repeatedly claimed that neither he nor "people" knew what the words "community college" mean.

“When I was growing up, we had vocational schools," Trump said, as CNN detailed. “You learn mechanical, you learn bricklaying and carpentry. We don't have those things anymore. ... I think vocation is a much better word in a lot of cases than community college. A lot of people don't know what community college means or represents."

The problem with Trump's take, of course, is that it's not simply a matter of which word is better, but what the words mean. Vocational schools and community colleges are both valuable types of institutions for countless people, depending on their individual needs and ambitions. But they're not in any sense identical or interchangeable, contrary to what the president seemed to suggest.

It remains to be seen whether Trump's efforts to tout a new infrastructure plan will pay off. Throughout the Obama administration, the White House spent a lot of time advocating for increased spending to fix America's outdated and decaying roads and bridges, but was routinely stymied by the congressional GOP, on the argument that it was too costly to do so. As the deficit-spiking tax bill it passed last year demonstrated, however, the Republican Party has historically not been as concerned about "fiscal responsibility" when it's actually in power.