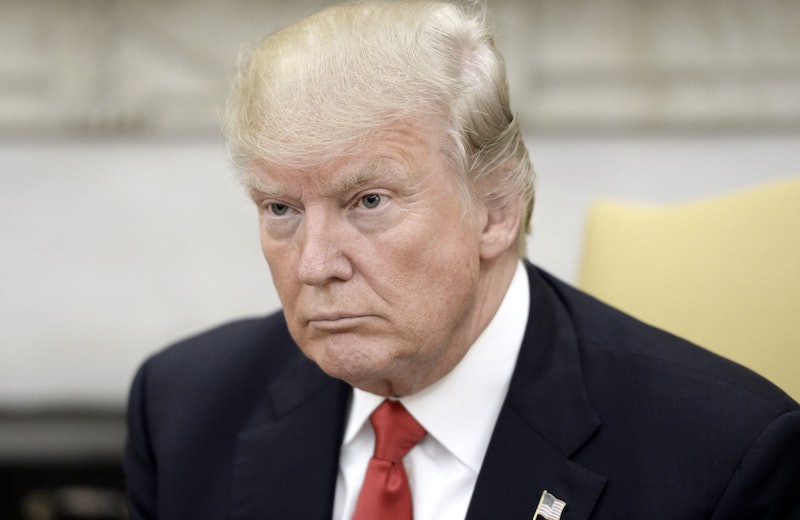 President Trump has made a fortune trademarking his brand in countries around the world and licensing the right to use his name in various projects. But there's one area that he didn't think to file a trademark, and that's the Mexican toilet paper market. Antonio Battaglia, a Mexican corporate lawyer, created "Trump" toilet paper to go alongside some pretty brilliant slogans: "Softness without borders," and "This is the wall that, yes, we will pay for."

And it's not just a trademark joke. Battaglia is producing the toilet paper for the retail market in Mexico after winning the right to do so in October 2015, the Associated Press reported, citing information from the Mexican Institute of Industrial Property. Production will begin later this year with 30 percent of the profits going to support the plight of migrants, some of whom have become the chief targets in Trump's his harsh immigration policy.

Battaglia explained his reasoning to the AP. When Trump announced his presidential run and referred to Mexicans as "rapists," Battaglia said he was incensed:

My thinking was: We can’t keep quiet, right? So with this insult that was made, (I figured) I’m going to add my grain of sand in response.

The best part of Battaglia's "response" is the design of the packaging. While Trump's photo is not included, the cartoon toilet paper roll has similarly exaggerated blond hair. It also says four "puros rollos" which can mean "pure rolls" or "pure nonsense," depending on the context. With Trump, the joke's obvious.

The first run will be limited. Battaglia told the AP that he would produce just over $21,000 worth to start with. That's enough to fill about two trucks with toilet paper. He told the Mexican news outlet Expansión that making money was not his priority. "“Generating business is secondary for me,” Battaglia told the news portal, as translated by Adweek. “What I want is for it to be useful to support migrants and victims of deportation. At the outset, I hope to allocate 30 percent of the profit to organizations in Guanajuato.”

And while this is kind of a jab at Trump, the Mexican lawyer-turned-entrepreneur sees this as a positive response to Trump's negative rhetoric towards Mexicans. "It was a nuisance for me, so I started looking for a way to make an impact, not in a mocking or vengeful way, but in a positive way," Battaglia told Expansión.

If this can ultimately help those affected by Trump's immigration policy, it really is the perfect joke.