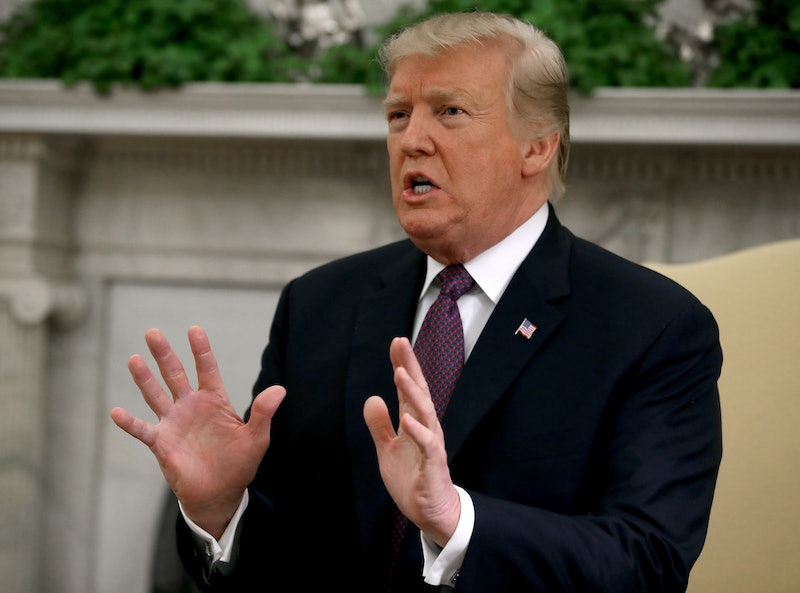 Leaders from around the world are coming together to take a stand against online extremism — with one notable exception. The Trump administration won't endorse the Christchurch agreement to mitigate the spread of hateful content online, suggesting that the agreement may inhibit free speech. The international agreement is named after the city of Christchurch, New Zealand, where mosque shootings that killed 51 people in March were live-streamed on social media.

As CNN reported, the "Christchurch call to action," which was announced in Paris today at a meeting of digital leaders for the G7 nations, was primarily developed by French and New Zealand officials. The Washington Post noted that the call to action demands that social media companies and governments take concerted steps to counter online extremism. This includes placing restrictions on live-streaming for certain users, CNN reported.

The Washington Post revealed that a host of other countries, including Australia, Canada, and the United Kingdom, are expected to endorse the call to action. However, the White House has been reluctant to offer its endorsement, saying in a May 15 statement, per CNN:

While the United States is not currently in a position to join the endorsement, we continue to support the overall goals reflected in the call. We will continue to engage governments, industry and civil society to counter terrorist content on the internet.

CNN also added that the White House emphasized that free speech concerns contributed to its decision not to endorse the international agreement. "We continue to be proactive in our efforts to counter terrorist content online while also continuing to respect freedom of expression and freedom of the press," the White House's statement noted, per CNN. "Further, we maintain that the best tool to defeat terrorist speech is productive speech, and thus we emphasize the importance of promoting credible, alternative narratives as the primary means by which we can defeat terrorist messaging."

In addition to governments taking a stance on the call to action, various technology companies were also involved with the agreement. As Facebook announced in a joint statement on its website, it, along with Microsoft, Twitter, Google, and Amazon, endorsed the Christchurch call to action. The companies' joint statement revealed how the tech companies plan to ensure that the tenets of the agreement are carried out. As the statement indicated, per Facebook:

The Christchurch Call announced today ... builds on our other initiatives with government and civil society to prevent the dissemination of terrorist and violent extremist content. Additionally, we are sharing concrete steps we will take that address the abuse of technology to spread terrorist content, including continued investment in technology that improves our capability to detect and remove this content from our services, updates to our individual terms of use, and more transparency for content policies and removals.

Notably, on Tuesday, Facebook also announced via its newsroom the creation of a "one strike" policy for the use of Facebook Live, meaning that anyone who "violates our [Facebook's] most serious policies will be restricted from using Live for set periods of time." Facebook noted that the policy was developed to "limit our services from being used to cause harm or spread hate."

Overall, while the White House has been reluctant to sign on to the Christchurch agreement, it's clear that others do not feel the same way. It remains to be seen whether the Trump administration will continue to maintain its stance on the call to action or change its tune following the agreement's unwavering support from other countries and tech companies.