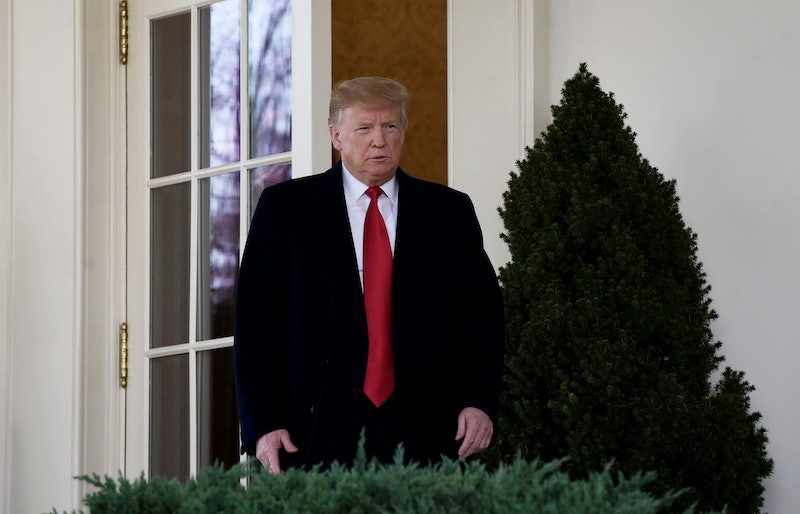 Conducted in the final days of the longest government shutdown in history, a poll from ABC News/Washington Post found a massive gap in women and men's approval of Donald Trump's presidency. The gender gap is 22 points: Only 27 percent of women approve of Trump's job performance, compared to 49 percent of men.

The huge gap between women's and men's feelings on Trump's presidency extend to his favorability rating as a person. The ABC News/Washington Post poll found that while 42 percent of men rate Trump favorably as a person, only 24 percent of women do the same.

As the Special Counsel's investigation into Russian meddling in the 2016 election nears its second anniversary (and with another former Trump associate indicted), the poll also asked about Trump's honesty and trustworthiness. Among men, 46 percent rated the president at "honest and trustworthy." However, only 26 percent of women said the same of Trump. (However, another Washington Post/ABC News poll found that Americans have mixed feelings on the fairness of the Special Counsel investigation being headed by former FBI director Robert Mueller.)

This trend — the gap between how women and men view Trump's presidency — extended to female veterans as well. In late December, The Associated Press's poll of more than 115,000 midterm voters (including over 4,000 service members and veterans) found that 58 percent of female veterans disapproved of the president compared to 58 percent of male veterans who approved of Trump. Women are the fastest growing group within the military, according to The Associated Press.