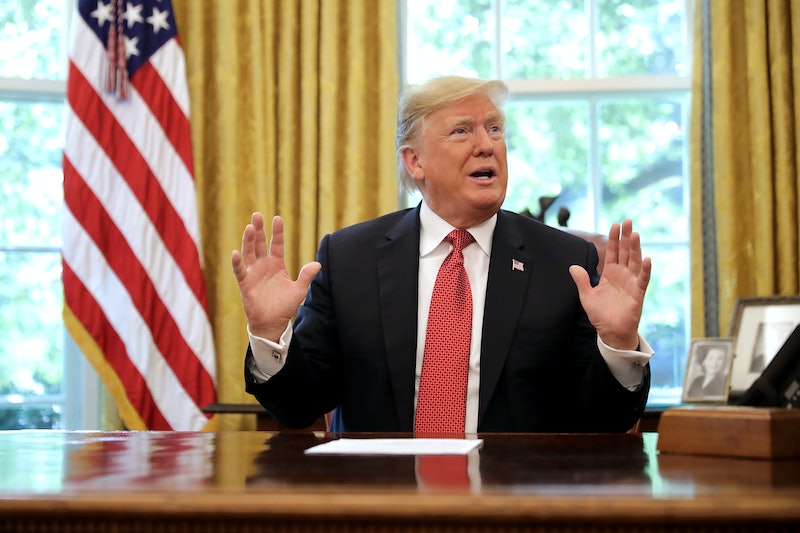 The climate "goes back and forth, back and forth," according to the president of the United States. In an interview with The Associated Press on Wednesday, President Trump discussed climate change, suggesting his "natural instinct for science" tells him that there are "scientists on both sides of the picture" on climate change.

The president's comments to The Associated Press came three days after he gave an interview on 60 Minutes on Sunday, where he said he doubted that human activity exacerbated climate change. Although NASA reported that there was a broad scientific consensus that humans are one of the primary reasons behind climate change, Trump said in the 60 Minutes segment, "I think something's happening. Something's changing, and it'll change back again. I don't think it's a hoax, I think there's probably a difference. But I don't know that it's man-made."

As far as Trump's thoughts on the potential irreversible nature of climate change is concerned, the president told The Associated Press, "Some say that and some say differently. I mean, you have scientists on both sides of it."

The president also went on a tangent and said, "My uncle was a great professor at MIT for many years. Dr. John Trump. And I didn’t talk to him about this particular subject, but I have a natural instinct for science, and I will say that you have scientists on both sides of the picture."

Additionally, Trump said that although he wanted "crystal clear water" and "the cleanest air on the planet," he would not "sacrifice the economic well-being of our country for something that nobody really knows." Trump presumably was referring to the Paris Climate Accord. He told The Associated Press that America would be at "a tremendous economic disadvantage" if it agreed to be part of "certain agreements."

Even before he became the president of the United States, Trump had his theories about climate change. For instance, in 2012, Trump tweeted, "The concept of global warming was created by and for the Chinese in order to make U.S. manufacturing non-competitive."

The president's comments on 60 Minutes when juxtaposed with the United Nations' Intergovernmental Panel on Climate Change study may give readers immense reason for concern as scientists say climate change could cause a global crisis as soon as 2040. It's no surprise then that the American Meteorological Society wrote an open letter to the president, saying it would be glad to teach him about climate change — and the extreme dangers it poses to the world.

"The American Meteorological Society would welcome the opportunity to work with your staff," the letter read, "to ensure that they have full access to credible and scientifically validated information as you navigate the many difficult policy areas impacted by the Earth’s changing climate." It's hard to say if Trump will listen to the experts.