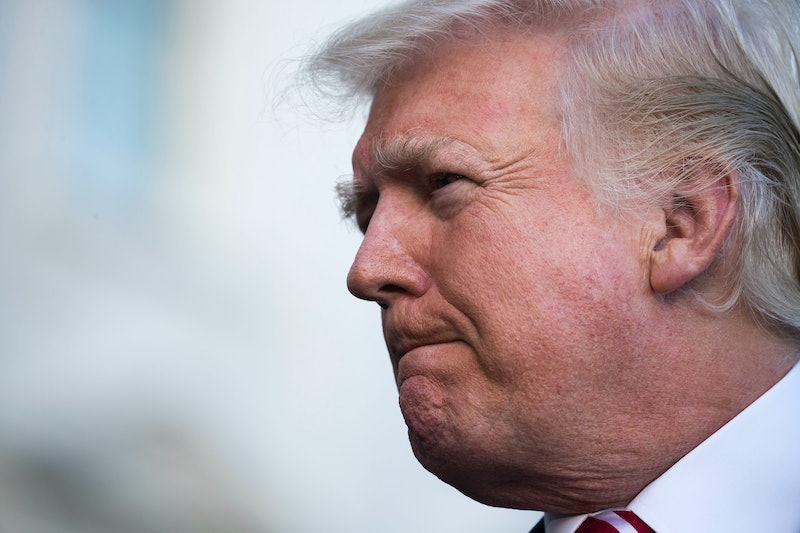 In a statement issued to Congress Sunday night, the Trump administration listed new DACA deal demands that could complicate efforts to protect undocumented immigrants brought to the United States as children. The requirements listed are sweeping and focus on three key areas. According to a copy of the statement posted by NPR, the three areas are described as border security, interior enforcement, and merit-based immigration. Though obeying these demands could potentially protect DACA recipients, it could also put other immigrants in danger.

The Justice Department announced on Sept. 5 that it would be ending the DACA program, an Obama-era protection given to dreamers. In the past, Trump has flip-flopped on DACA and released this statement following the Justice Department's announcement:

In effect, I am not going to just cut DACA off, but rather provide a window of opportunity for Congress to finally act. We will resolve the DACA issue with heart and compassion — but through the lawful democratic process — while at the same time ensuring that any immigration reform we adopt provides enduring benefits for the American citizens we were elected to serve.

Under DACA, dreamers were afforded two-year work permits, but applications for permit renewals ended on Oct. 5. Currently issued permits will begin expiring on March 5, 2018. At the time of September's announcement, Trump said that this timeline would give Congress six months to come up with new legislation addressing dreamers. More than a month has already lapsed.

In order for the DACA deal to go through, Trump is demanding that Congress agree to fund and build a "southern border wall," hire 10,000 additional ICE officers, and put an end to sanctuary cities, among other things.

The Administration can’t be serious about compromise or helping the Dreamers if they begin with a list that is anathema to the Dreamers, to the immigrant community and to the vast majority of Americans.

We told the President at our meeting that we were open to reasonable border security measures alongside the DREAM Act, but this list goes so far beyond what is reasonable. This proposal fails to represent any attempt at compromise.

The list includes the wall, which was explicitly ruled out of the negotiations. If the President was serious about protecting the Dreamers, his staff has not made a good faith effort to do so.

Democrats have long argued for a path to citizenship for undocumented immigrants already within U.S. borders, but The Washington Post reported Sunday night that that seems to be off the table for the administration.

An unnamed White House aide reportedly told the Post that the administration, in reference to DACA talks, is "not interested in granting a path to citizenship." The Post reported that there are approximately 1.5 million dreamers in the United States.

Sunday's announcement was the most recent step toward Trump's increasingly America-first foreign policy, but right now, it seems unlikely that all his demands will be met.