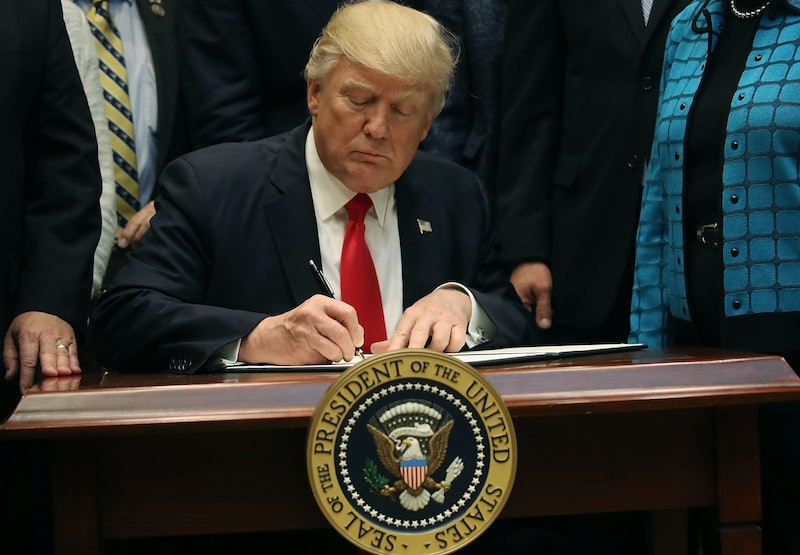 Acosta will head to Washington, D.C. from Miami, Florida, where he has served as the law school dean at Florida International University since 2009. Prior to that position, Acosta served as the U.S. attorney for the southern district of Florida under the previous two presidents. He has also held positions as an employment and labor attorney at a D.C. law firm and as a member of the National Labor Relations Board.

As secretary of labor, Acosta will primarily oversee programs related to American employment, including safety standards and training programs. He'll also play an important role in the president's recently announced Buy American, Hire American program. The program calls on the secretary of labor, among other federal department heads, to review their policies and recommend reforms that will serve American workers and encourage American manufacturing. In the words of Trump, "It's America first, you better believe it." The president signed the executive order last week during a trip to Wisconsin.

Trump's cabinet selection process came to an end at a time when concerns over his progress as president have reached a peak. He's just days away from marking his 100th day in office, and although he called the occasion "ridiculous," all eyes remain on his record. Acosta may be a win, but the confirmation doesn't diminish concerns about Trump's cabinet selections.

Overall, Trump's cabinet selection process was marred by delays, withdrawals, and scandals. For instance, Trump's first pick for labor secretary, Andy Puzder, withdrew his name from consideration after allegations of domestic abuse and employment of an undocumented immigrant ruined his chances of confirmation.