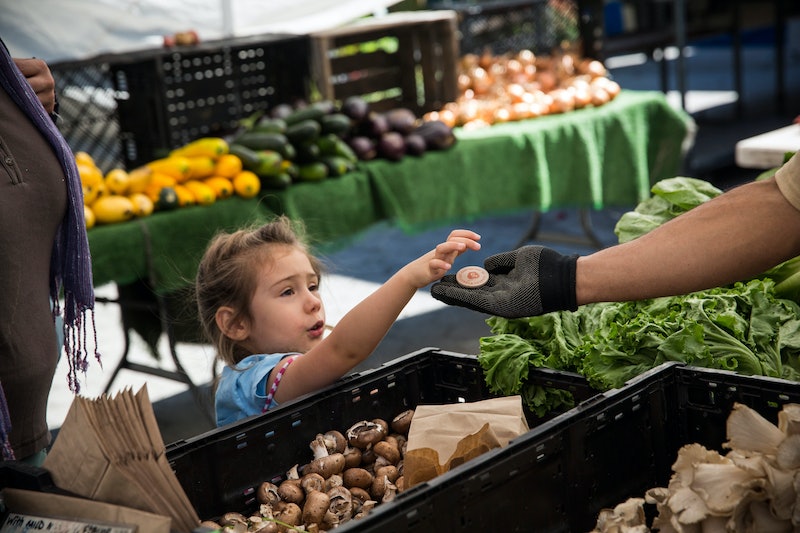 As of July 2017, more than 42 million Americans were receiving benefits from the Supplemental Nutrition Assistance Program (SNAP), commonly referred to as food stamps. In his new 2019 budget outline, President Trump has proposed replacing those food stamps with boxes of government-picked, nonperishable foods every month, and the idea is raising a lot of questions.

White House Office of Management and Budget Director Mick Mulvaney called the plan a "Blue Apron-type program," referring to a premium at-home food delivery service where subscribers are sent ingredients for meals. The administration claims the proposed SNAP-replacement program would save the government roughly $129 billion in the next 10 years, and provide people with nutritious foods they may not currently have access to.

Referred to as "America's Harvest Box" by the Department of Agriculture, the food delivery program would replace about half of the money families receive via SNAP. The boxes would be comprised of "100 percent U.S. grown and produced food," according to the fiscal 2019 budget, and would include things like peanut butter, canned fruits and meats, and cereal.

Currently, SNAP recipients receive cash and are allowed to spend it on anything that falls within the program's specific guidelines. They're not able to use food stamps for anything like alcohol, cigarettes, or other household items, such as soap and pet food.

A lot of people immediately had questions as to how the Harvest Box program would work. For instance, what would happen if the box never came, or an animal got into it? Would the government be able to accommodate for different allergies? What about homeless recipients of SNAP benefits?

When asked about how the delivery program would work, USDA spokesman Tim Murtaugh said that states would "have flexibility" in how they choose to distribute the food, adding that the government wouldn't foot the bill when it comes to shipping — "The projected savings does not include shipping door-to-door for all recipients."

This idea, according to Murtaugh, was developed internally at USDA. Agriculture Secretary Sonny Perdue called the Harvest Box plan "a bold, innovative approach" that would maintain the "level of food value" for SNAP recipients, while saving taxpayers money.

"They have managed to propose nearly the impossible," he told NPR, "taking over $200 billion worth of food from low-income Americans while increasing bureaucracy and reducing choices."

Kevin Concannon, who oversaw SNAP during the Obama administration, was also shocked by the proposal.

"Holy mackerel," Concannon told POLITICO, expressing that it reminded him of when poor people were forced to line up and wait for local officials to give them food and other welfare benefits.

I don't know where this came from, but I suspect that the folks when they were drawing it up were also watching silent movies.

Others compared it to soup rations during the Great Depression. The Food Research and Action Center called the Harvest Box proposal "a Rube-Goldberg designed system" that would be "costly, inefficient, stigmatizing, and prone to failure."

And while the administration says it will save money, some people questioned how sending a box of canned goods could be more cost effective than putting money on a debit card, the way SNAP currently works.

However, the USDA claims it would deliver the food items at "approximately half the retail cost." Food-stamp recipients would get their remaining monthly SNAP allotment on debit cards, which they can then use in grocery stores. The new proposal applies to households receiving at least $90 a month in benefits, which includes more than 80 percent of SNAP recipients, or more than 16 million households nationwide.