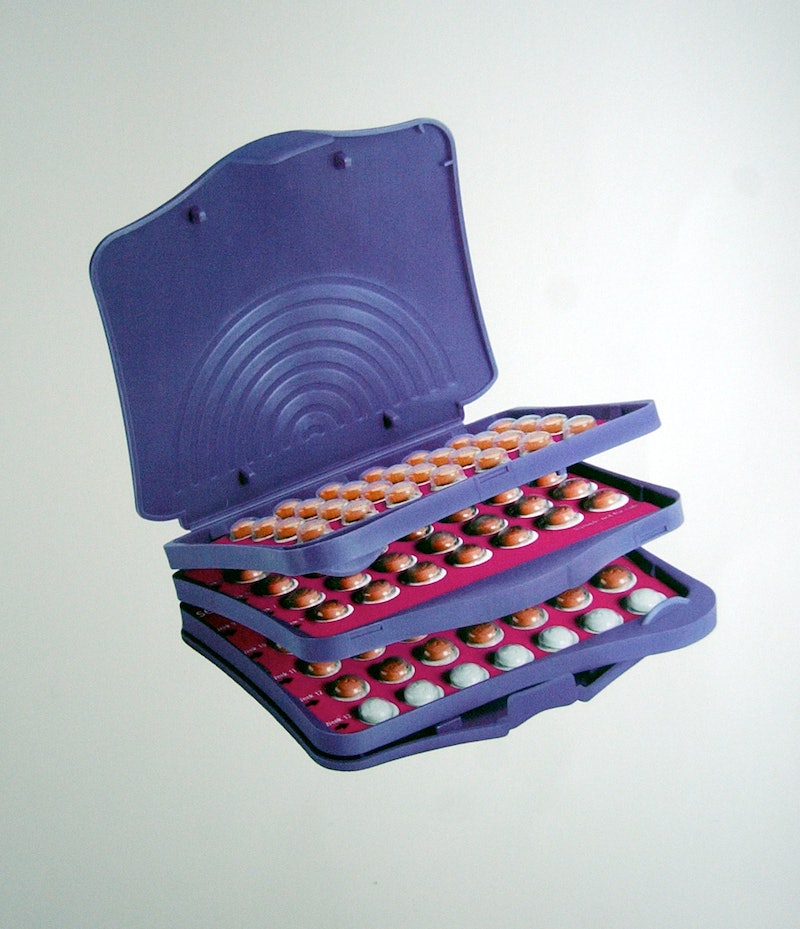 The day after a record number of women were elected to the U.S. House of Representatives, the Trump administration issued yet another blow to reproductive rights. By finalizing a plan that allows companies to opt out of the Affordable Care Act’s coverage requirement, President Donald Trump's latest birth control move could force people across the country to pay out of pocket for contraception if their employer has a religious or moral objection.

"The changes from the Trump administration will make it harder and harder for the people that I serve to plan when and if to become pregnant," Dr. Ghazaleh Moayedi, a Texas OB/GYN and fellow with Physicians for Reproductive Health, tells Bustle. "But also as an OB/GYN, I use contraception to treat serious medical conditions like heavy bleeding. Those patients also might not have coverage for life-saving treatment."

The administration issued two rules on Wednesday aimed at offering exemptions to nonprofits, small businesses, and public universities that object to providing birth control coverage for employees. Publicly traded businesses and the government won't be able to opt out of the Obamacare requirement.

The rules aren't entirely new, though, as they essentially cement interim rules surrounding birth control that were blocked by two federal courts last year. While those legal battles are still in the works, the administration moved forward with finalizing the same guidelines, which are set to take effect 60 days after they're published in the Federal Register on Thursday.

Health and Human Services predicts that roughly 120,000 women will be impacted if the final birth control rules take effect, per CNN. The National Family Planning & Reproductive Health Association (NFPRHA), however, estimates that millions of women could see a change in their coverage because "virtually any employer" could refuse to provide insurance coverage for contraception. Because the interim rules were challenged in court, the NFPRHA tells Bustle it’s likely litigation is on the table for these as well.

“Family planning has been designated one of the top 10 public health achievements of the 21st century," NFPRHA president and CEO Clare Coleman said in a statement. "It is baffling that the administration would support any policy that could diminish access to this essential preventive care.”

And as Moayedi points out, access to birth control is about more than family planning — though reproductive rights advocates stress that women should be able to delay starting a family for as long as they want. On top of treating conditions such as heavy bleeding, which Moayedi says can send patients to the emergency room and even the intensive care unit, studies also show that birth control pills can reduce the risk of ovarian, endometrial, and colon cancer.

"Employers getting to have a say, for religious reasons, [in] who gets to control when they get pregnant, control their bleeding, or decrease their risk of cancer is unconscionable," Moayedi says.

The Trump administration also published a proposed rule last week that would require Obamacare insurers to send patients a separate bill for the part of their monthly premium that covers abortion. Reproductive rights advocates view all of last week's actions as thinly veiled attempts to limit women's access to reproductive health care and stigmatize birth control and abortion services.

More like this
Scotland's First Period Dignity Officer Has Sparked Backlash
By Darshita Goyal
11 Upper Back Exercises That'll Help You Stand Upright
By Carolyn Steber
How Did Pilates Become So Popular?
By Elizabeth Narins
How This Founder Inspired A New Wave Of Drinking
By Jordan Murray
Get Even More From Bustle — Sign Up For The Newsletter